Today, we bring you an interview with Mahendra Jakhar – ex journalist and an independent screen-writer and author based in Mumbai. His latest book, The Swastika Killer was released . We had a great time talking with the author.

1.      Tell us about your latest book, The Swastika Killer.

This book is a thriller that brings together mystery, history and mythology. In fact this is the first time that a story has brought together the Hindu swastika with its connections to the Nazi swastika and the Nazi history. Right from my school days, I was fascinated with World War II, Nazi Germany, holocaust stories and mythology. This book brings alive my fascination with these subjects.

Well, my journey as an author has been fascinating. I have been a crime reporter and crime thrillers come naturally to me. I have also written many episodes for the TV show CID that served as a school for crime writing. Especially crime writing is an art that combines craft along with keeping the story thrilling and interesting. Also, I write crime fiction not just for thrills and entertainment it provides me a platform to try and understand what is going on in our society, what is wrong with our society that in spite of all the development, education, stringent laws and all the crime rate continues to spiral upwards. So in my own way I try to understand it, look for solutions if there are any and see where we as a society are heading.

Also, I am a big History lover so yes somewhere I have put history into the book. The history that becomes a part of the book also is something that’s unknown to the common man. It’s not taught in schools and colleges so I turned it into a thriller with historical undertones.

3.      The name of the book, The Swastika Killer seems that the movie is somewhere linked to religious beliefs.  What was the thought in your mind when you decided to write this book?

It has nothing do with religion and in no way it harms anyone’s religious beliefs. The Swastika as a symbol is revered in India and is a symbol of good fortune and prosperity in India. While in the West, the swastika is banned as its stands for evil and destruction. As my book brings together the Hindu swastika and the Nazi swastika that no one has ever done before, I thought that it would be interesting to turn it into a catchy title.

When I started the book, it was a story of three childhood friends born and brought up in the brothels of Old Delhi and go separate ways post Babri Masjid demolition.  I started to write their story but then the idea of Swastika came to me from somewhere and even I don’t know from where. From there started the journey of a thriller set in 2006 Soccer World Cup in Germany to Mumbai serial-train blasts and Pakistan-Afghanistan war with Taliban. 4.      What places did the research for this book took you?

I met many fascinating people during the research huge number of police officers, officers from the CBI and IB who gave their valuable inputs. They all prefer to remain anonymous. Along with these were an array of other characters I met during the research of this book, who include pimps and prostitutes, pick-pockets and thieves, street kids and social workers, hawala-traders and smugglers, drug-dealers and gun-runners, diamond traders and scrap-dealers and many journalists slogging for years in this cesspool. I thank them all for sharing their stories with me.

Well it took almost over three years to finish the first draft with more than many months of research. Like I said, I didn’t even know what I was writing till lightening struck and I got the idea of swastika and brought together the Nazi history and Hindu mythology.

6.      Tell us what happened after you finished the manuscript and before you got a call from your publisher?

I have a literary agent, Anuj Bahri of Red Ink Literary Agency. I finished my manuscript and handed it to him. Sharvani, the editor of Red Ink worked with me to further sculpt and polish the draft and Anuj took it out to various publishers and finally Westland gave us a nod. For my writing is almost like exercising so I write every day and I don’t have any fixed spot or a fixed time to write. I believe a writer needs to be disciplined like any other worker who works in a full-time job. So I have a deadline to finish at least thousand words every day. I look outside and see an auto-wallah working, the labourers toiling on roads, gardener working in gardens and they all inspire me to go on and work just like them. The more work I put in, the more inspired I become.

8.      How did you get into script writing and film making?

Well, I started as a journalist working with The Times of India in New Delhi. From there, I shifted to Mumbai and started working as a script-writer for TV shows. I wrote many daily family soaps like Bidaayi, Kumkum, Seeta aur Geta to many thrillers like CID, Maano ya na Maano and mythological like Dwarikadhish. They all served as a training ground and I was writing my film scripts and got to work with Mahesh Bhatt, Ketan Mehta, Tigmannshu Dhulia, Abhinav kashyap, Hansal Mehta and others.

I was an avid reader from my school days and I never thought that I too could ever write a book that will be read by thousands. Still, that desire was certainly there. So when I started writing film scripts and TV shows, I realized that there were stories that might never get made into a film but can be told through a book. So I used this as a medium to tell more stories.

9.      Tell us about your favorite authors and books.

The most important book for me is Animal farm by George Orwell. I think it should be an essential reading for all school students. My other favourites are:

The Day of the Jackal by Frederick Forsyth and Gulliver’s Travels by Jonathan Swift. My favourite authors are Jo Nesbo, Henning Mankell, Hakan Nesser, Gillian Flynn, Ed Mcbain, and the legends that include Leo Tolstoy, Shakespeare, Agatha Christie and Fyodor Dostoevsky.

I also read spiritual books to understand life and I love ‘Power of Now’ and The New Earth by Eckhart Tolle.

10.  Best feedback you received from a reader?

A lot of my friends who have read my first book The Butcher of Benares told me after reading my second, The Swastika Killer that I have grown as a writer and there’s lot of depth is my second book and there are layers upon layers that only a seasoned writer could have accomplished. So yes, kits good to hear that I have grown and matured as a writer.

11.  Are you writing another book?

Yes, my next book is also a thriller that will bring back the character of Hawa Singh that I introduced in The Butcher of Benares.

12.  A piece of advice for the potential/future authors?

All writing in like Yoga. It’s 99 per cent practice and only 1 per cent theory. So write and write and write. Also most important is reading. Reading for me is like a gym for the writer. Most people go to gym to get a toned body and look good in a similar way if you want to improve your writing and have a head full of ideas, reading becomes essential. Right from my school days I’m almost addicted to reading. There have been times that I have spent money on books rather than paying electricity and phone bills. Nowadays I make sure that I read at least 50-100 pages everyday and read diverse books that keep my brain cells working and brimming with stories.

I love thrillers mainly crime fiction and historical novels. It is fiction that brings out the truth. Most non-fiction books hide the truth.

14.  Tell us something about your scripts and films you have written.

I wrote Manjhi-The Mountain man directed by Ketan Mehta starring Nawazuddin Siddique. It was based on the true life story of Dashrath Manjhi who broke a mountain with a hammer and a chisel to carve a way through it. The film was critically acclaimed and did well commercially. Before this, I wrote Mahesh Bhatt’s The Killer; Tigmannshu Dhulia’s Shaagird and currently working on Chandamama Door ke starring Sushant Singh Rajput. It’s India’s first space adventure film about India’s first mission to moon. I am also developing scripts for directors like Ashwini Chaudhary and Sanjay Puran Singh Chauhan.

Mahendra Jakhar is an ex-journalist currently working as an independent screen-writer and author based in Mumbai. He started as a journalist in Delhi where he worked for six years before moving to Mumbai to pursue his dreams of being a script-writer.

His latest release as a script-writer was  Manjhi – The Mountain Man, directed by Ketan Mehta starring Nawazuddin Siddique.

Recently he has co-written the script for Hindi feature film CHANDAMAMA DOOR KE … to be directed by Sanjay Puran Singh Chauhan starring Sushant Singh Rajput. Its India’s first epic space adventure film about India’s most daring mission to the Moon.

Currently he is working on TV series for Star TV based on the true life story of an Indian Army soldier who was caught behind enemy lines during 1971 war.

Apart from this he has written scripts for various TV shows – CID, Maano Ya Na Mano, Bidaayi, Betiyaan, Seeta aur Geeta and Dwarikadhish.

He also did research work and scripting for a documentary on the hijack of Indian Airlines plane from Kathmandu to Kandahar for National Geographic Channel.
His film script, Bhiwani, based on the Boxers of Haryana was selected for International Film Festival of India for the Competitive Section at Film Bazaar.

He conducts workshops on screen-writing and to help discover the hidden creativity, imagination and ideas in everyone. 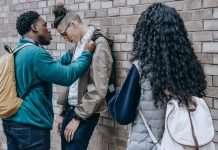 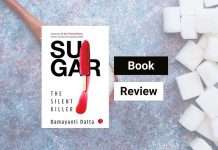 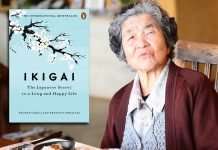 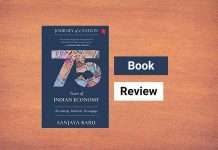