Today, the attention span of the readers is at its lowest and a micro tale can speak directly to the readers and create a macro impact. Not all of us have time in our fast-paced lives to read novels, but never underestimate the macro effect of seemingly micro things. The following micro tale from my book Small Is Big – Volume 2 will help reiterate my point-

“What’s in a name?” asked the students performing a street play.

Micro tales defy lengths, boundaries, conventions and expectations. The reason micro tales have a macro impact is because they are not just plot driven tales, but they also enable the writers to build a narrative around a particular moment or an emotionally charged event in isolation.

The two volumes of ‘Small is Big’ are a collection of 100 micro tales each. It took me almost five years to compile it. I used to post my micro tales on Twitter in 2012 (before Terribly Tiny Tales and other popular Indian micro-fiction platforms were formed) and I have written almost 400 of them.

Over the years, I believe I have evolved as a writer and I have tried to get into different genres like love, tragedy, comedy, horror, thriller and fantasy amongst others so that it has something for every reader. The ‘Small is Big’ series is a humble effort to get more people to start reading micro fiction and eventually cultivate into reading longer-writing formats like short stories and novels. *fingers crossed*

Words are powerful. They can encourage people to push forward in life using their abilities, or they can make people bitter. While I excel at writing dark stories, I write light-hearted micro tales as well because I want to create a balance of engaging my readers’ intellect through my dark tales and also engage their emotions through relatable tales. Most people cannot put their feelings into words and when they come across such posts that they can relate to, they know they’re not alone and it gives them hope to excel. 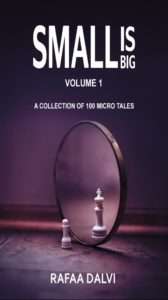 While Small is Big – Volume 1 received a great response, a few people did mention that they couldn’t relate to most of the stories. The intention behind writing Volume 1 was to write micro tales with exceptional twists and misdirection so as to challenge the readers’ intellect and make a memorable book.

But I wrote Volume 2 with the intention of including more tales on love and heartbreak so as to engage the readers’ emotions and make the book more relatable. People who have read it have liked it even better than the first book, so it feels great.

I think this balance of challenging the readers’ intellect and invoking their emotions worked out well and I am planning to do the same for the next and final book in the series. Small is Big- Volume 3 will be a collection of flash fiction (not micro tales) and hopefully it’ll be published this year. 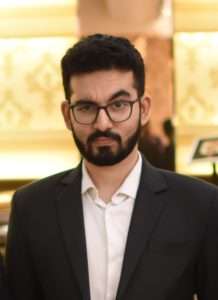 I have two favourite micro tales which I believe have a macro impact on the readers’ emotions.

He came home to find a note written in colour pencil-

im sorry. lets not fight. lets love each other.

I saw a girl reading a book titled “Men are from Mars, Women are from Venus.”

So I bought a telescope to find out which planet I was from.

Quite honestly, each book stands out on its own. You can pick up Volume 2 without having read Volume 1. I’m experimenting with different writing formats. After micro fiction and flash fiction, I’ll try my hand at writing longer formats such as short stories and novels.

My father had confiscated a collection of short stories when I was a kid because it had derogatory words and he believed it wasn’t suitable reading material for me. At around the same time I read Nineteen Eighty-Four, which had a premise that words which could be used to express unorthodox thoughts against the ‘Party’ were completely stripped from the language, so that there wouldn’t be any thoughts against the Party’s principles. This is when I was convinced that language had subversive power.

Although nowadays everywhere you see, it feels like language is being used like acid but I believe language is powerful enough to create beauty and remove the toxicity from the world. 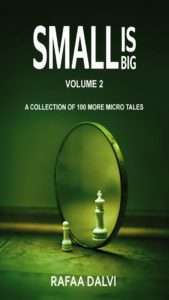 Very little. I just changed two or three micro tales from the first draft, because I realized they had a similar theme to some of the micro tales in Volume 1.

I believe life is unfair. But life is all that we’ve got and we should embrace it. It’s just our delusion that it should be fair. If it was fair to everyone and everyone’s wishes came true, the chaos and confusion that would ensue would end the world in a matter of few days. The apparent unfairness is in fact needed for our existence.

Some of us will be happy and content while most of us will remain sad and pessimistic. I write about the suffering of these people and how they have embraced life despite the adversities. I write either about the suffering of people to make the readers realize how good their lives really are or something heartwarming to give the readers hope that there is always a silver lining. Life is like a roller coaster ride which is scary at first, even scarier on the way, but by the time we reach the end, we will get stronger and accept it the way it is- a joyful intriguing ride all along.

I do. Earlier I would read the bad reviews and engage in negative banter or even slander the reviewer on social media. But then I realized that even I don’t like everything I read and I have put myself out there for public scrutiny as an author. I’m just happy that a lot of people are reading my books and I have drummed up enough interest to warrant a review. At the end of the day, it is better to have a negative review than no review at all.

I’m currently working on a flash fiction collection, a short story collection and collaborating with someone on a poetry collection, post which I intend to write only novels. It is exciting as each story format has its own set of challenges and I hope things go as planned. 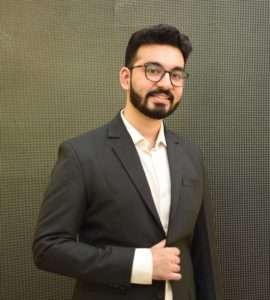 I spent my entire childhood in Riyadh being a typical nerd who would stay engrossed in books. I think this is the biggest reason why I try to escape from the mundane with words. I want to lessen the suffering in the world using the power of words and I believe my journey of making a difference in someone’s life has just started.

The thing I love the most in my books is that I carry my readers through a visual — give them the specific details, welcome them in, make them comfortable in my world, let them believe they can identify where the story is going and then end with a twist that they don’t see coming.

I can only speak for myself. I’d say a big ego can hurt a writer if they ignore legitimate well-intended constructive criticism simply to save their self-image of a great writer from being tarnished. However, a big ego can help a writer by offering a shield against ill-intended negative criticism and repel the venom trolls spew about. I have a mild ego but I don’t raise myself up on a pedestal to preach how great I am to the masses and I try to help new writers where I can.

The digitization of the book publishing process and the increasing diversity of the industry (more and more women, minorities and young people are playing important roles) have completely changed how books get published. A few years back, traditional publishers considered self-published books as vanity publishing. In those days, vanity publishing was simply printing and self-publishers would print a truckload of books with a printer and drop them off at the author’s house. They never went to bookstores or got reviews; they were just given to friends and family.

But now, if you self-publish, you’re actually published by a commercial publisher and you can avail the services of a copy editor or a book designer that your book needs before it is published. Most self-publishing companies use print-on-demand technology, which can be very inexpensive depending on the number of copies you order. You can opt for self-publishing to test the market. You can publish a book yourself, get it into some bookstores, market it well, and if it starts to sell, traditional book publishers will consider publishing it. There has never been a more exciting and stimulating time for authors.

My inner circle of family and close friends are my biggest critics.

To answer the second part, I feel successful when my readers contact me and tell me how they could connect with my stories. It’s a great feeling to make a difference in someone’s life.

My mother told me to never talk to strangers.

So I walked in silence with the man in black into the dark forest.

Don’t ever underrate your work. Be self-confident and communicate this to your readers. Be open to new ideas but don`t try to capture every idea because you won’t have a life otherwise. Don’t focus too much on critics; there will always be people who will criticize you so just be happy with the fact that a lot of people are reading your books. Put your experiences, emotions and your soul into writing your book and then let a professional edit it. Finally, when you face your first rejection, keep knocking as many doors as possible and keep fighting for your dreams despite the fear of further rejection. 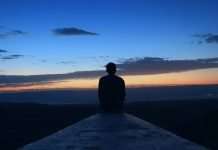 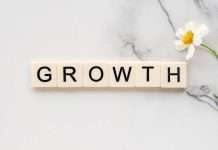 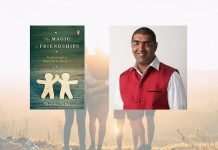