We got a chance to have a coffee table chat with the author of Hungry Gods, Richa Lakhera. Read on below for the full interview.

Why did choose that particular face mask as the book cover?

Finalizing the cover which would forever be on your book, it’s not easy. The cover had to suggest the larger context of evil. Also, the title ‘Hungry Gods’, is a story about a flawed god. There was no face that would match up, cover the context of the story so effectively. The powerful face suggested to me dark intrigue, power, and danger. And simmering tension.

Oh and lots and lots of vanity and depravity. The face of a man who would think the rules don’t apply to him, a man who would start believing he is God. It suggested unapologetic revenge, unbridled greed, and unapologetic revenge, completely in sync with  I knew this is my flawed God. The Hungry God could not have a better face. Also, the suggestion that what if the god the hero and the monster become indistinguishable?

Did the recent incidents about casting couch and drug peddlers in our Indian film industry inspire you for the subplots?

You are right when you talk about the recent incidents and in fact, the narcotics control bureau intel does bring up connections between many actors and prominent drug peddlers. Some are in the public domain but the fact remains the big ones are very much under wraps. What happens when lots of powerful people and names are involved, and authorities are complicit in the illegal activities. In Hungry Gods, I have created a fictional town.

It’s not representative of Bombay or Delhi Bangalore society and neither does it depict Bollywood or Mollywood or Tollywood and so on. It’s an open secret that there is a drug epidemic of sorts and the latest stats reveal that the highest increase in consumption is in Mumbai, Goa, Delhi, Punjab, Mizoram, and Manipur. A crucial stat indicates that the greatest increase in illegal substance consumption has been seen in the class of people who are well placed. It could be the pressure of modern-day living or to take the edge off, peer pressure, and as many are consuming substances in pursuit of that elusive ‘creative edge’.

Hungry Gods is about a corrupt dystopian society, a dog-eat-dog exploitative ecosystem where everyone is out to exploit the power differential. Of course, you can see that in real life too, several ongoing battles and allegations on prominent people are out in open. Producers exploiting actors, casting agents asking newcomers to compromise, singers, artists, news editors, people from the art community, advertising, cricketing, and so on. In Hungry Gods, it’s infinitely more dangerous as a powerful corporate stand to lose a lot if its crazy self-obsessed superstar brand ambassador does not mend his ways.

Do you think celebrities endorsing few products like in the story will affect the audience?

The celebrity corporate relation is completely market-driven. It’s a commercial transaction between the corporate and the celebrity, with the hope that the celebrity will become a valuable asset effectively utilized as a marketing tool. But the fairytale relationship with celebs doesn’t always end in a happily ever after.

Celebrities are not easily controlled and corporates in their bid to protect the brand, expect them to toe the line whether it comes to what they say, how they behave, and to an extent their personal lives. One of the fallouts of social media is that it becomes impossible for celebs to escape public scrutiny.

Any misstep becomes a trending hashtag and image-conscious companies, their advertisers, and company partners are not very kind when the asset becomes a liability. In Hungry Gods, the extent to which a corporation will go to protect its brand and commerce is a crucial aspect.

The story at places introduces the readers to barbaric ways of sexual acts. What did you think the reaction of the readers will be?

I am not a fan of the sort of writing which disguises what I feel is Gender Stereotyping under the banner of well-chosen safe adjectives. Nor will I orchestrate a narrative that persuades women to stay within their allotted space of sexual, social orders or behave like women, whatever that means.

I cannot talk about old houses, and jellies and jams and kitchen gardens, and beauty of devotion sacrifice and such perhaps because I am not too invested in the external gaze. To those who question the graphic content or those who feel that it’s not in our culture to talk about sex toys may I point out that acc to a survey 41.8 % of Indians practice some form of domination/submission roleplay and India is the sixth most sexually active country in the world.

Two of my characters are subjected to violent sexual exploitation, the narrative is expected to be graphic, the third is caught in the flesh trade and lives in a ghetto, populated by addicts, criminals, depraved perverts where men grabbing women any time is not uncommon. The sad reality is that even our so-called safe cities are not safe for women in fact according to a poll conducted by Thomas Reuters Foundation India is one of the most unsafe countries for women.

If that’s the state of cities to imagine the condition of women who belong to a bracket who forget about having social and economic rights lack basic human rights. Also, one is born with a temperament one cannot change. As a writer one has to learn to recognize it and own it. I don’t think anyone could have made me write this way, or prevented me from writing this way either. I’m just a writer and what I see around me is what I try to understand.

How did you cope up while writing the subplots with many characters and entwining them to the main plot of the story? Was it not stressful?

There is this danger in a single story… I have always thought it impossible to engage with a place or a person without engaging with all of the stories of that place. The consequence of a single story is that it robs people of their unique identity. Stories matter stories. Perspectives matter.

Stories are used to malign the good but stories can also be used to humanize the bad. There is this danger in a single story. Every man is happy in his own way and miserable in his own. If we limit our story to popular images. Most stories boil down to who wants what, what happens when they don’t get it. It’s not about making good choices, crime stories are about your characters making horrible choices. Stories matter. Perspectives matter.

The very first decision is through whose eyes we will see and through whose ears are we going to hear? I find that I like to change the viewpoint, one chapter can be through the voice of the potential victim, next through the mind of the murderer and to enable the reader to participate in the emotional pitch of the characters.

What is the first book that made you cry?

Do you think someone could be a writer if they don’t feel emotions strongly?

No. You have to feel strongly about the theme, belief in your story, know your characters, invest in the atmospherics and all that cannot happen if you approach the blank page lightly.

I think if a writer tries to write like someone else that would be exhaustive. When one has the guts to own one’s process it would energize you at a crucial level. But the exhaustion related to the actual physical sense of writing for hours is there. Not many writers are really able to get to that perfect thing that was in their head, so they may consider the entire process about failure. I think that’s the main reason why more people don’t write. It’s very depressing in that way.

What was an early experience where you learned that language had power?

I can’t pin it down to a single point of origin or even a series of memories so this could be a complicated answer to a simple question. As a kid I was a storyteller not always for the greater good, would spin stories to get my brother my cousins in all sorts of trouble. But also because sometimes it was easier, to tell the truth in the form of a story. I was a bit of a word collector as a kid, would be forever scribbling the most difficult words, and took particular joy in using it to bulldoze through and crush the opponent’s arguments.

There were several trysts, writing was born out of a need to describe, intrigue excites shock, sometimes exact revenge—But mostly seek and seeking is never born out of humility. I don’t think writers in that sense are humble. One doesn’t really like to go back to the quality of old work, all I can say is if one publishes early then one is creating a public record of Learning to Write.

Understanding the process, knowing one’s punchlines all that came later. As also the knowledge that everything one says from the 1st sentence to the last is leading to a singular goal, and perhaps confirming some truth that deepens an understanding of who we are as human beings. So several slow affairs, lots of flirting with genres till guts and instincts and basic temperament took over, and here we are.

What advice do you have for writers?

So there are guidelines but not hard fast rules. But there is a strong unifying theme. The secret sauce the magic ingredient is could be can you invoke genuine wonder. To take that little moment in their life where you are able to do that is the whole ball game. We all love stories. We want affirmation that our lives have meanings, and nothing has greater affirmation if we can connect thru stories. It can cross the barriers of time, past present, and future and allow us to experience ourselves thru others. Frankly, there isn’t anyone you wouldn’t come to love once you hear their story.

This interview was first published in November 2018 Issue of Storizen Magazine! 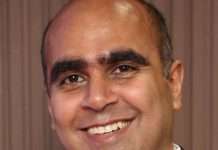 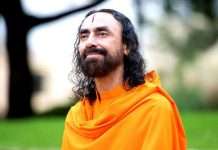 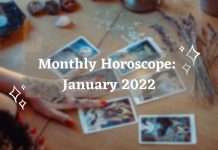 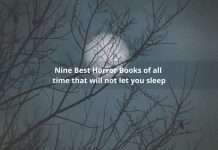 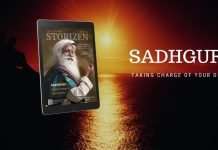