As a writer who writes both screenplays and novels, I am often asked the question: which is easier to write? Most of the times I fumble for an answer and manage to say something appropriate, but persistent questioners are not easily fobbed off. She will repeat it by asking: do you prefer writing a script or a novel? Believe me, I still haven’t come up with an answer to that question.

In this piece, my attempt is to help readers figure out how screenplay writing and novel writing differ from each other and also show up the similarities.

Both screenplays and novels require the same kind of pre-writing preparation (not to mention focus and dedication!). You need to figure out your characters and the plot; develop the story so that it has loads of dramatic tension to keep readers engaged and turning the pages to know what happens next. Both aspire to create vivid images in the readers’ minds and provide the satisfaction that comes from reading a well-crafted story.

A screenplay is often described as a roadmap that guides a filmmaker towards her destination of putting together a film. Typically, one page of a script equals one minute of screen time and hence the script for a 100 minute film ideally should be between 90-100 pages.

Less is more in a screenplay. As a result, descriptions have to be minimal. Its entire purpose is to inform the reader the very essentials about location, the ambience or mood and the action that the audience will see.  White space is critical in a script. So typically, three to four lines of description are interspersed between dialogues. (see image: the first scene from the script of The Hangover). Writing long dense paragraphs is frowned upon and a sure-fire way of getting your script trashed in the nearest bin!

“In the following excerpt from my novel, The Indian Tycoon’s Marriage Deal,  I briefly describe the setting for a scene before I launch into a tense war of words between the protagonist, Krish, and his father KD.”

KD was waiting for him, a tumbler of Scotch in his hand, on the terrace lawn of the penthouse, which afforded a spectacular view of the Delhi skyline. In the distance, Krish could see the distinctive dome of the pink stone Humayun’s Tomb, a regal backdrop to the modern expressway that arched in front of it. Row upon row of lights sparkled as cars streaked away to the farthest corners of the city.

Writing such a description would be totally pointless in a script. So while in a book the author needs to do the job of the cameraman by providing appropriate visual cues, in a script, a slug line stating the location of the penthouse and time of day/night would be enough. The focus there would be on the conflict between father and son.

Scripts demand actionable emotions.  In a novel, a writer has the luxury of writing about a character’s thoughts or emotions. Such as, this excerpt from The Indian Tycoon… where I could explore the heroine Maya’s inner thoughts:

Maya squirmed at the fact that her new life was starting on a foundation of lies and deceit. But then, this was not about her. It was about Papa, whom the Dev’s had ruined in their lust for power and money. And to get to the truth she would lie till she went blue in the face!

Unlike in a novel, where the author has the luxury of exploring a character’s mindset by getting into his/her point-of-view, this option is not available to a film writer. In a movie, sometimes a character’s mindset can be revealed through a voiceover but clearly this technique can only be used sparingly. Just imagine how ridiculous it would be if in the middle of a fast-paced action thriller you were to add a monologue/voice-over articulating the hero’s every thought.

Scriptwriting is about team-writing.  It is often said that writing is a lonely job. The writer’s only companions are the characters in her head. But once you have written out the draft of a script and submitted it to the filmmaker and her production team, be prepared for notes from every crew member. And chances are that by the time the script actually turns into a movie, your screenplay would have changed a dozen times or more and the final shooting script would be entirely different from what you had originally written. In contrast, an author only has to deal with notes from her editor and has more control over the revisions and her manuscript.

Understanding the fundamentals of both types of writing has helped me enormously. While writing a novel,  I have learnt to dig deep into character motivations and chart out each character carefully. This rigour and discipline has enabled me to craft better characters for my scripts too.

On the other hand, the discipline required to make every word count in a screenplay is a boon when it comes to novel writing. Understanding plot dynamics (as scripts tend to be more plot-driven, generally speaking) also helps in structuring my novels more efficiently.

So, coming back to the question, which one is easier? I would say neither. And which one I’d prefer to do? Well, the jury is still out on that! J

Adite Banerjie  is a screenwriter based in New Delhi, India. She turned romance author when her first Harlequin romance, The Indian Tycoon’s Marriage Deal, released in 2013. Her second book, Trouble Has a New Name, comes out in July 2014. She loves to travel, watch movies and play with her Irish Setter when she’s not stuck to her computer struggling with her current WIP. Driving the Plot – Protagonist Vs. Antagonist 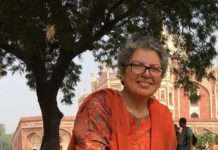 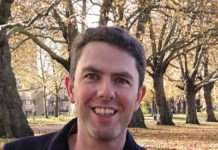