A multi-faceted personality, an IIM Indore and IIM Lucknow Alumni, Ex-Naval Officer(served two decades) and author of seven books talks with Pria to share his journey. Below is the Interview of the author with Storizen Magazine.

The Andy Karan series and the Vicks Menon thriller. That’s the honest answer. Because by the time I wrote them, my skills as a writer had considerably evolved. As you would agree, writing is a journey and like in any journey, the traveler gets smarter with experience. To put things in a clearer perspective, I would like to say that these are better written as compared to the ones I had written earlier. My initial books, I now know, were rough and immature in parts. Notwithstanding that, I will always be proud of my first book, The Bet (Frog books, 2006). It was a raw effort, edited poorly, and there were flaws in the writing which I can see now, and yet this was the book that laid a foundation for my journey. Without The Bet, I wouldn’t have come this far. Ten years into the future, I might be saying the same things about the Andy Karan series, or the Vicks Menon thriller for that matter… to cut the long story short, I think we fall in love with our work, then fall out of it, before falling in love all over again as soon as we realize that they were the reasons that gave momentum to our journey.

2. What motivates you to write the books in the thriller/suspense genre? Any life experiences, observations, etc?

As a person, I prefer speed, color, and excitement and when I try to capture stories with these flavors, it not just intensifies my own experiences but also gives birth to a book that’s high on action and thrill. As an officer, and while in control of the three ships that I had the honor of commanding, I lead my crew in some very thrilling anti-smuggling, anti-piracy, and anti-poaching operations at sea. Guns, speed, high-adrenalin chases were all ingredients of my everyday life and I think some of it invariably spills into the books I write. Besides that, I have grown up reading thrillers. By the time I had finished my college, I had read more than a hundred thrillers of all kinds.

3. “Fight all that you can, but remember, not all fights are meant to be won.” Very wisely said! Can you elaborate on this viewpoint in your own words?  Any past or present struggles you went through and want to share with us?

Yeah that’s my quote and I stand by it. What I mean is, prepare hard, don’t fall, and give in your best. But due to any reason, if you end up on the losing side, don’t just give up. Prepare again, train harder, and fight better. Winning should be our aim, but accepting defeat and learning from it, is what makes us a real winner. Yes, I have had my own share of ups and downs. But I refuse to get intimidated with failure. For me, failure just makes the taste of success that much sweeter. 4. What are your future plans with books? Tell us about your books on Andy Karan.

Andy Karan is taking a break but will be back soon. I’ve got three books coming out in the first half of 2019. The first book will be published in Jan 2019. It’s the book I’m currently co-writing with the Bollywood actor, Sushant Singh. Published by Penguin, it’s a non-fiction book that is based on real crime stories solved by the police. Soon after that, Srishti publications will be publishing a book written by me called The Day Simran Died. It is a romantic thriller about which I am very excited. The reason: it’s for the first time that I have written a first-person point of view (POV) as a woman. The third book is a pure romance novel, the details of which we are yet to announce.

5. There are lots of controversies in politics, real-time crimes. Do you think these can be brought to limelight with the help of books/movies etc, if yes, how people can be made aware about the same without raising suspicion or bereavement? Your Take

Books can present stories in a manner that is different. I see no harm in it. It’s like presenting an alternate point of view for those who would like fresh inputs and diverse opinions on important cases and subjects. Discussions and debates that are part of these books have a fresher and more accommodating point of view as compared to the news stories on TV, radio, newspapers, or magazines.

I think we are still caught in the same trap. We have a long way to go in most basic areas like education, heath, law and order, gender sensitivity, and poverty alleviation.

7. Tell us about the things you love in your books? Characters, setting/plot etc.

Characters are the most important for me, closely followed by the plot.

8. Among all the genres, thriller/suspense is getting an increased attention among the readers. Do you feel the same or your opinion has something else to say?

I don’t think thrillers get the kind of attention that they deserve. There are many reasons for this. Since we are a developing country, our newspapers are already full of sensational stories and crimes. People might be interested in these themes as a book in a Scandinavian country perhaps, but here in India anything that mimics news reports people get disenchanted with. That’s my view and I can be wrong. I think Indian readers see books as an escape, just like our cinema. That’s precisely why romance outsells all other genres. Talking of escape, mythological fiction is also a form of escape, which is the second highest selling genre in India. In nonfiction, since Indians are spiritually inclined, spiritual books outsell any other genre.

9. Who is your biggest critic? Apart from all the best-selling numbers, accolades, interviews, and fame, what makes YOU feel successful as a writer?

My wife. And I think I’m lucky for that as that helps in moderating my own views about my writing. Also my brother. Others are kinder but I need more criticism from my inner circle of family and friends so that my feet always remain on the ground. To answer the second part, I think I enjoy being a storyteller. My motivation to entertain people is much more than the money I can earn from selling books. That keeps me going, I think.

10. Any plans of making your book(s) into a full-fledged motion picture? Are there any talks going on with any of the production houses?

Yes, that’s on the cards. My books are now being represented by a committed agent called Sidharth Jain of StoryInk. I’ve also written scripts exclusively for films but I have not been able to get the attention of the people in the industry.

The Interview is the Cover Story for the Storizen Magazine September 2018 Issue. 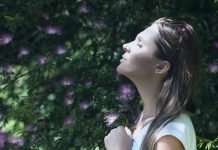 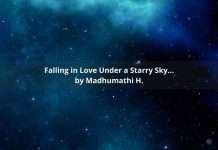 Falling in Love Under a Starry Sky… 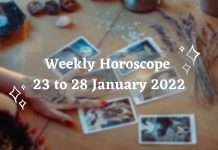