The day was hot as a pot of curry steaming in the stow. Humidity threatened to sublimate Anu’s body entirely. Sweat seeped out of her body and turned to glue that stick bodies on contact. The custom of walk home from the friend’s home was becoming a tedious affair.

Walk home, she evaluated the ordeal this summer had become to her. Summer presented itself with a spurious grandiose to Anu. All the school year, she longed for summer to come that would precipitate endless pleasure in her life.  The polaroid of memories of previous summers crowded her conviction and infiltrated her judgment. But neither it delivered the promise of the clamorous bliss nor the active company of friends. The disappointment was sprinkled in each dawn of May.

Obstructions to her summer bliss came in in parts. That summer’s adversity began when her best friend Seetha left her village to enjoy the summer vacation in Munnar with her maternal grandparents. Thalassery was bustling with people in the warm march. But nothing beats the grandiose of Munnar. They had plans to spend innumerable hours wandering in the city malls and devour every flavor of ice cream over the summer holidays. But Seetha left unceremoniously and left a void on Anu’s schemes for summer.

The next crater to her perfect summer came when her parents forbid her from swimming in the temple pond, which had become a ritual ever since she learned to swim. She was deemed too old to swim in her wet shimmies while adult men circled the Chuttambalam with prayers. Each summer in the lap of the serene stretch of water, she found a peace of mind that she would search for and not see for years to come in every nook and corner of the world. But she did not know that yet. The act of denial stripped her of comfort, too precious to be taken away from a thirteen-year-old. But moreover, it alluded her to think of her body.

By the last Autumn smell of breast milk had dried out from her sebums. She was sprouting hair in places she was too shy to look at. Shameful curves protruded out of her, and her nipples procured a tinge of murky night. Her clothes no more concealed her alterations and her shame.

Anu walked through the busy crossroad in her town. She sensed a change in how some men look at her and found something ineffable happening to her body. She hadn’t been aware of the constant presence of men in her biosphere. Summer gave her time and idle occupancy to notice the otherness in them. They occupied the space and time differently from her. All these years, she grouped people into three categories; adults, tenacious and spiteful, little girls like her, and vile creatures called boys. But summer presented a new cohort of humans for her to examine -men.

She wondered whether this ecotype existed around her before this summer. It was as if summer apparated this kind of man into the face of the earth. Her arms gave in, and saliva pooled up in the back of her mouth every time men addressed her. Years later, she would understand the word to describe it was arousing. Grown men around her seldom took notice of her. She was still a child in their eyes, a child with growing bosoms hardly contained in her child clothes. She felt mortified every time a grown man looked her in her eyes. Her cheeks turned to ripen tomatoes, and she fumbled to find words that stuck stubbornly at the nape of her neck and did not come out. She found it despicable to feel this way. Virtuous girl’s brains are not infested with thoughts about men. She wouldn’t share her feelings with any of her friends. She knew better than that. She felt a firm conviction that none of her friends felt this way. She was a miscreant simmering with guilt. She wondered why she had such a deviant shameful heart.

Also Read – The Art and Science Behind Love

This summer, she started to take notice of the bulge between men’s legs. Unbeknownst to her, her nipples stood erect in response.  An unfathomable misery haunts her sanity, and she felt like a deer caught up in the headlights.  She grew ashamed of her crime every time her eyes traveled the distance to find the unholy object. But she couldn’t, for the love of her life, look away. She grew weary of the body that betrayed her good intentions. But thoughts turned macabre with every night. She dreamed of men in her sleep caressing and performing wanton rituals with women and felt sinful of her existence.

The only saving grace for the summer was ripened mangos that weighted the trees down to the earth.  Born in fertile Kerala’s lap, finding varieties of Mangoes was a boon that she was showered upon. Coming back from her friend’s house, Anu’s mother announced from the kitchen that her relatives had been home today and left Chakkaravaratty, the fibrous variety of mango for her to consume. She leaped in joy at the thought of the fruit.

In the hallway to the kitchen, she heard a peculiar sound coming from her uncle’s room. With the curiosity of a thirteen-year-old, she peeped in through the almost closed door to find bodies of her uncle and aunt perform a quaint ritual with animalistic fervor. Her heartbeat like a drum as her uncle repeatedly thrust through her aunt. She watched as these exhibit of man and woman tear and suck at each other. Something in her whispered to her that she was witnessing something wicked. But she struggled to tear her eyes away. She stood there, transfixed, unaware of time ticking away—her gods and demons wage wars over her head over supremacy over her thoughts. But alas, she couldn’t look away.

Clamour from the kitchen jolted her back to sanity. She sprinted to the kitchen with a  thumping heart. Mangos were waiting for her to devour as promised. Chakkaravaratty had a green peel with a haze of yellow dusted over them as an artist had hastily added strokes of paint over a canvas. The fibrous fruit was to be consumed by sucking into it. With utmost ardor, she lowered her mouth into the fruit and began sucking. Suddenly, a peculiar sensation took possession of her body. She felt her inner triangle burst with liquid, her mouth fills with saliva. Filled with abhorrence, she threw away the fruit and darted to her room.     For years to come, she would burn under the heat of her sinful encounter at her uncle’s room and find her mind, Chakkaravaratty mango and fornication corrupted.

Living In The Moment!

The Blue Book by Amitava Kumar to be published by HarperCollins... 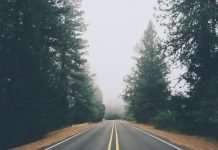 A Road To Country Mile 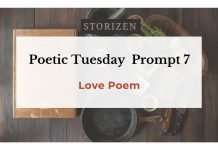 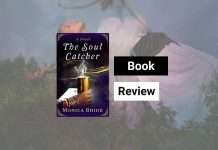