While watching a preview of a master class by acclaimed filmmaker, Meera Nair, I stumbled upon this powerful statement by her – If You Don’t Tell Your Own Story, No One Else Will. So, here I am. Telling you all that 2018 had had for me.

Here, at the very onset, when I look back, 2018 certainly wasn’t a mere calendar year for me. This has been a year where ‘consolidation’ was the word. While rejecting the principled social idea of ‘moving on’ upon irrelevant people, structures, and incidents, I grew wiser to let time intervene purposefully instead. The effect of this gesture was such that I simply enjoyed the design of nature and rusted people, stale happenings, strange surroundings, zealous emotions clearly became oblivious to me. I was cleansed, made collected and therefore continued to a much galloping tomorrow. What was left were affirmative, contributing and integral memories and models from the past which is why they are going to go a long way with me, in fact, forever. Rest all of it, as I said, was just a residue.

I have run, quested and fought a lot in my life. 2018 told me the pure alchemy of being a little resistible to change and complexities. It taught me to appreciate settlement and simplicity. It introduced me to a clean philosophy that two parallel lines may never meet but it’s the expectation of meeting which keeps the lines parallel, always. Therefore, I became more empathetic towards men and women, families and communities who are in troubled relationships with society or individuals but are still trying hard to save love and cohesion. I am not fond of reading. I am fond of books which are worth reading. This year, I got more focused on the institution of reading per se. As this provokes you to imagine the latent emotion which someone writes you to imagine the way it has been evolved. It makes you develop a kind of subaltern outlook. This, therefore, improved my emotional response to distress and difference. My understanding of virtues and vices, bonds and togetherness got more affirmed. However, some emotional instability by the passing away of a very docile family member (who I couldn’t give much in my life, the reason, I partly feel I too am responsible for his demise) and two of my friends’ from poetry and theatre jolted me for quite some time. However, the arrival of a little baby girl in our family removed the existing sorrows and woes like a magic wand. She is everyone’s joy, a lovable lad who laughs like rains move like a rabbit and look like a beautiful dove. The only thing everyone wants in the family is to spend time with her.

Coming on to the professional front, 2018 has indeed been like an angelic blessing for me. My professional demeanor, social likability, acceptance, and recognition increased dramatically. The year started off by a giving an amazing theatre workshop to acting enthusiasts, and respectable poetry invitation at Hauz Khas and bagging an opportunity to be a part of a physical theatre workshop by an international physical theatre instructor. We moved ahead and our handwritten tragic –romantic stage production ‘Khushfahamiyaan – Bass Itti Si’ was shortlisted for a national festival followed by a senior theatre director giving us an opportunity again to stage the same production with a lot of galore and adulation. Then again, I am really thankful to my director who cast me in two of their theatre productions giving me a sense of fulfillment with the success of the shows. Further, we got a chance to raise and stage our new theatrical venture – ‘Raziyah Sultan’ which like all our stage productions, was opened with a huge acceptance. Lastly, I got an opportunity to stage a dramatized performance of our most successful stage production ‘Khushfahamiyaan’ in front of a massive audience at a professional space in Mumbai too. Opportunities as an actor for media were really fulfilling this year as well. I could work for a digital commercial for the honourable Prime Minister’s official website, a respectable character for an Amazon Prime web series, a highly popular commercial for a toothpaste brand, a web series by an acclaimed director, a decent yet varied role in another popular web series and a very sensible feature film on North – Eastern issues.

The part on poetry was equally enriching with special invites as a poet to multiple and famous platforms where the audience loved my little contribution to poetry. These platforms, unlike previous years, have a sizeable reach to the online and offline shores nationally and internationally and thus, my recognition as a poet grew rapidly beyond imagination. I was even called out to poetic platforms which specifically cater to the generation of today thereby giving me another perspective to my poetry.

2018, to my utter surprise, thankfully, has been a year of vehement social presence and recognition as well. The journey began with a special invited talk by a famous exchange forum in Delhi on the ‘Approach Towards the Crimes of Rapes in India’ which needed a lot of research and perseverance in preparation, however, the success to it came early as I could give the presentation with earnest ideas and figures. Then came the invitation to speak on my life and career by a national organization on entrepreneurship as a speech of inspiration to people who ranged from big corporate houses to international embassies. The experience was overwhelming and stupendous. Lastly, when a friend recommended me to be interviewed by an online acting support group as a part of a global summit, the consequences of it were beautiful where I could see another perspective to performing arts for a corporate approach is really required to streamline the fate of many struggling actors today.

Honestly, neither the year has ended nor my will to tap the maximum potential from any moment, which is why when I got two school projects to write and direct their annual stage productions, I was determined to do it with perfection. It feels really happy when little children of the Sriram Millennium School acted on your script or The Ruhi Foundation School which gives you ample of space and command as theatre trainer to take the best out of their students. This isn’t it though. That urge to create something new every day has now made me write another stage production on my name next year. At present, I am working on that story.

Conclusively, when I think of 2019, it doesn’t sound like an independent calendar year to me either. 2019 for me, shall be a normalizer between my understanding of dreams and their realization. I expect 2019 to be a valid extension of the relevant efforts I put in 2018 and also would want good people, great books and decent impressions to stay by. I am looking forward to 2019 not a magical year but as a logical conclusion to all those umpteen debates and discussions, I have had with myself over the practical fulfillment of my dreams. Therefore, I am expecting to write professionally for more established projects. I am also expecting my creative thought process to grow more detailed and methodical so that my creations (writing or acting) become more believable and streamlined. By God’s grace, if things go as perceived, I could run a new stage production, become more conscious about health regimen, be more of a giver than a taker and build strength in the idea of togetherness. Basically, what I see in 2019 is increased independence, acceptable liberty in being socially apt (if not correct) and yes, would certainly put in my best efforts to every opportunity ushered towards me. I want 2019, in totality, to be a year of more plausible work and visible firmness with people who love and acknowledge me the kind I am.

Doors are open 2019, don’t ring the bell, don’t knock the door. Simply enter. You will find any large heart gleaming with expectations and promises for you. 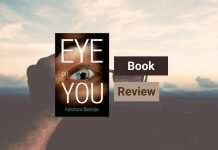 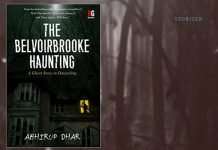 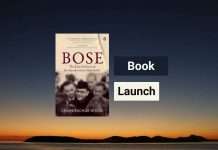 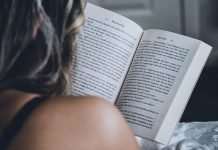