Is it fine to hold grudges against someone who has harmed or hurt you? Well, the instant answer is Yes, when we are seething with anger and hatred for that person who has caused us sorrow. But as time passes and we continue to hold tight to our feelings of resentment, it is time to sit back and think about how exhaustive this journey is.

A journey that will burn you out in perpetuity fuelled by bitterness and sadness. Ask yourself, is this holding back worth losing your peace, happiness, and rationality?

I do agree when people say it is not easy to forgive and let go, But then it’s not impossible too. It all depends on what you like to choose for yourself- a moving river or a muddy puddle.

Forgiveness is all about Self-care. You forgive not because of others but to Self-Heal

Surely, forgiveness is not easy, nor it’s a mandatory first step of recovery when you’re reeling from betrayal or pain. It passes through stages of denial, hurt, anger, acceptance, and then finally forgiveness. If you are still not ready to let go, hold onto that hurt a little more, but you’ve to draw a timeline.

The more you delay, the more you will be stuck in the whirlpool of the time zone of resentment. While the perpetrator of all that pain has moved on. A friend of mine still holds feelings of bitterness towards her ex, who jilted her a couple of years back. The guy is happily living his life with no remorse, but my friend is still burning herself with pain and not letting it go.

So, it’s my friend who is now solely responsible for her pain and no one else. She is not willing to take these acidic emotions out of her system. You have to ‘let go’ by putting closure to a chapter of your life to start a new one.

Forgiveness is not Forgetting

How can one accept the wrong done to them? When we say “I forgive you” do not imply that you’re condoning the actions of a wrongdoer. Neither, you’re forgetting how they hurt you or giving room for that person to hurt you again. By pardoning, you’re having a tryst with peace, riding over the excuse of an ‘Act of faith’. And, gather yourself to bounce back and embark on your forward journey with loose baggage of anger and pain. Once you are ensuring movement, the loosened baggage is shed in no time.

Priyanka Gandhi, the daughter of the former Indian Prime minister, Rajiv Gandhi, who was killed in 1991, once said when she went to meet the killer in jail -“It is true that I met Nalini Sriharan in Vellore central jail on 19 March 2008. It was my way of coming to peace with the violence and loss that I have experienced.”-

By forgiving the killer of her father, she was easing the burden of revenge and hatred from her shoulders and getting on with life by acknowledging her grief, permitting herself to feel the pain, and giving her time to heal and move on. A much better option than carrying the colossal weight of anger, bitterness, and revengeful emotions in your heart.

So, what stops us from forgiving when we understand that it helps in Self-healing?

Anger and Ego are two fireballs that burn down our rationality to think and act. They lead us to resentment, which amplifies bitterness and revenge. An eye to an eye or rage of being betrayed or hurt is the after-effect of these emotions.

The pages of Ramayana, the holy epic in Hindu Mythology have a lesson of a lifetime that tells us that fury and ego lead to inflicting more pain on your well-being than others. Ravana the Demon King was considered a scholar and devotee of lord Shiva, but he lost his sense of rationality in the rage of Anger and Ego.

Ravana’s sister Supnakha was punished by Lakshman, the brother of Lord Rama, to defend Goddess Sita from her. This infuriates Ravana falls into his trap of anger, and vengeance by abducting Lord Rama’s wife Goddess Sita. Later, in a fierce battle, Ravana gets killed by Lord Rama, and his family and the kingdom perish.

In the fire of fury and ego, we often burn our own hands than bring much harm to others. Adapting to an attitude of accepting, forgiving, and burying the hatchets forever helps you to sail through peacefully and move on in life rather than falling into the dungeon of the pessimism of revenge, ego, and anger.

Be Mindful and Judicious while Forgiving

While it’s fine to forgive someone that wronged you, it’s not ‘okay’ to let someone back into your life who has consistently exhibited a pattern of inflicting pain on you. You cannot forgive an abusive relationship or behavior and let that person take you for granted. Nor allow them to enter back into your life again and again. You can forgive unintentional mistakes but not the ones done knowingly or repeated continuously.

So, it is not “Okay” to say to such a person “I forgive you” who has been continuously violating your boundaries or abusing your self-esteem. Be mindful and judicious while forgiving. Your willingness to forgive should display as a strength and not your weakness.  Pull out from such toxic situations, relationships, and people without any repentance or guilt, and get your life back.

In nutshell, you forgive to make yourself HEAL and not for others. This may sound selfish but you owe that much to yourself to be happy again.

Here is a brief description of the four phases of Dr. Robert Enright’s Process Model of Forgiveness:

Where you become aware of the pain/hatred/anger/resentment that has resulted from a deep, unjust injury. You gradually then start the honest confrontation with such acidic emotions to understand the depth of the sufferings you are going through. In this process, the injured person goes through great emotional distress. However, bringing this anger, and pain in open confrontation is the first step of Self- healing.

You start to acknowledge that these acidic emotions are burning you out and you need a “Positive Change” to heal yourself. You realize that hiding or avoiding your pain or seething with hatred is making you more miserable.

It is at this stage the idea of forgiveness starts seeding in but still not completely. The injured person at this point takes the first step to forego any thoughts, feelings, or intentions of revenge toward the offender.

Here the injured person starts working actively to forgive the injurer. The work phase includes the heart of forgiveness which is the acceptance of the pain that resulted from the actions of the injurer. This must not be confused with any sense of deserving the pain but rather a bearing of pain that has been unjustly given.

As the individual bears the pain, he/she chooses not to pass it on to others, including the injurer. This is often where the challenge of a “quest for the good” is most evident. Where you realize that hatred and revenge lead to no good for anyone.

In this final phase, the forgiving person starts experiencing emotional relief from the process of forgiving the offender. The forgiving individual may find meaning in the suffering that he/she has faced and may discover a new purpose in life.

The forgiver beings to look back to see how the experience has changed him/her on the inside and how he/she can bring these new changes to make their life better. 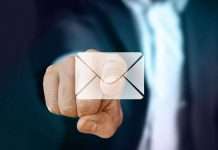 7 Romance Novels that Will Make you Believe in Love 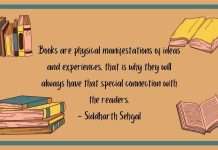 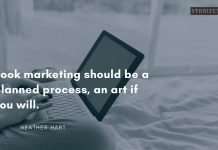