Since childhood, I have grown up listening to music. Music has been my everlasting companion. My father, being an amateur guitar player, was acquainted with a wide spectrum of music at a very young age, to suit my equally wandering moods. From country classics to melodious pops to toe-tapping rocks, there is a conspicuous uniqueness in the songs of the sundrenched era of the 70s and 80s which is somewhat missing in contemporary times.

Songs of the famous bands of BoneyM, ABBA, Carpenters, AirSupply, Beatles not only instilled in me a sense of melody but also became an unwavering companion of me during my plaintive times. Individual singers who have notably influenced me are Cliff Richard, Paul Anka, Dan Fogelberg, Matt Monroe, Andy Williams, and countless others. Songs like Rasputin, MaBaker, Hooray Hooray of BoneyM or Waterloo, Dancing queen of ABBA are apt to introduce a jovial tinge to exalt the mood of a party.

I remember dancing to the tune of All Night Holiday alone at home just to dissipate my growing loneliness and it worked wonders. And in the same way songs like the Winner takes it all or Matt Monroe’s When The Music Played has a story on its own so beautifully portrayed in music that it captivates the listeners with their intriguing melancholy. Superhit songs like Evergreen Tree or Where do I begin by Andy Williams are a tribute to love, sang, and dedicated countless times by young lovers.

I remember getting mesmerized listening to music, the pitch and melody of this band AirSupply in their beautiful rendition of making love out of nothing at all or Just as I am. At times I get so thoroughly immersed in these unparalleled melodies that I weave a story in my mind and then put these songs aligning to that story.

Listening to music also inculcated a desire in me to sing some of my favorite songs in my own voice and then eagerly ask my father for honest insights. The memories of going to a long drive with my family with country classics like Sutter’s Mill playing in the car and the cool spring breeze caressing my face with the occasional laughter interrupting the song will forever be etched in my mind.

Now if I feel sad and alone, these memories and the songs become my companions who bring wistful smiles to my face as they take me to my favorite memory lane. Sometimes I crave for a lonely wintry night to wrap myself in a cozy blanket with a hot coffee mug in my hand and to get lost in a reverie listening to Elvis Presley. The right choice of songs that directly complement the mood can act as a perfect medicine to soothe the mind, or to accentuate our emotions.

Very recently I have been introduced to a band whose lead singer with his extraordinary voice and unabashed originality has become my favorite. The movie Bohemian Rhapsody introduced me to the Queen and the legend Freddie Mercury. The more I listen to him, the more I get entranced by his genre-defining songs in his intrepid voice which not only shows his talent but also his sagacity.

His songs are like diaries expressing his deepest emotions. The song A Fairyfeller’s Masterstroke is an art in motion while the song The Show Must Go On speaks of such hard-earned truth that only an alert mind can perceive. So many times tears streamed down my eyes listening to music, the truth in the songs Too Much Love Will Kill You or Mother Love as if he was trying to express his deepest agony through them.

The song Bohemian Rhapsody with its multifarious meaning can invoke curiosity in the listeners as to what meaning aligned with Freddie but instead of divulging left it to the creativity of the listeners which makes the song even more alluring.

Each song has a story on its own and it can shape our thinking, inspire our ambition, enrich our sagacity, fortify our resolution, and makes us better human beings. To me, songs hold a special meaning in my heart and are a perfect gateway to escape the mayhem of the modern world. 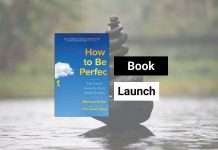 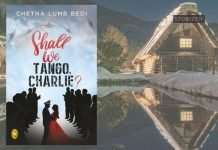 Book Review: Shall We Tango Charlie 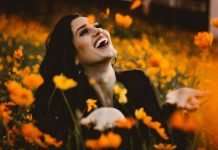