I was eagerly waiting for the summer months to pass away. One fine day, when I was engrossed in my work in the afternoon, I noticed insufficient light in my room all of a sudden. I looked at the window where I saw dark clouds hovering over the sky. I stopped my work for a while and I started to stare at the outside view for some time.

The outside environment was so beautiful that it cannot be explained in words. Dark clouds started spreading all over the sky. A high-rise building which was not so far from my building was half-covered with clouds and it was invisible from a distance.

I got mesmerized by the bewitching view. In a few minutes,  it started drizzling and then heavy rainfall started pouring down the earth. The leaves of the trees which had lost their freshness had looked fresh and green again as the heavenly showers fell on every leaf.

An hour ago, the environment was so hot and unbearable. After an hour, the environment changed and it seemed as if mother nature was sending blessings on the earth in the form of rains. It has been more than an hour when the rains did not seem to stop. I extended my hands out of my window to feel the raindrops on my palms and hands.

The cold sensation of water drops was soothing me from within. I closed the windows of my rooms and I walked towards my balcony. Standing on the balcony, I could get the aroma of tea from my neighborhood which tempted me to make a cup of tea for myself. I went to the kitchen to make an aromatic tea.

The aroma of tea and the smell of wet earth were making the ambiance more pleasant. I poured the hot tea into the cup and walked towards my bedroom window to enjoy the sips of hot tea in the beautiful weather.

I kept the cup on the bedside table and opened the window. Fresh cold air along with water drops touched my face. The drops of water were cold enough to soothe my skin. I was sipping the hot tea and was looking at the outside view which was so captivating. Raindrops were splashing on the window panes, making beautiful sounds that were no less than music. The combination of hot tea and the sounds of the rain in my window doubled up the joys of rain.

After having tea, I moved towards the kitchen to wash the cup. As I was entering the hallway, I heard some strange sound which was not so clear, because of the sound of lashing rain. That strange sound could be heard from outside.

I moved towards the door slowly. I gathered courage and opened the door to know from where the queer sound is coming. I could see nothing outside as due to the lashing downpour, everything seemed to be invisible.

As I was about to close the door, my eyes caught sight of a little pup who was sitting right close to my door, drenched in water and the cute little pup was shivering. My eyes welled up with tears. His expression was communicating with me, telling me to help him.

I brought a towel from my room and I wrapped the sweet little pup with the soft towel and took him inside my house. He was crying a little because of the cold. I made him wash in the basin with warm water and made him squeaky clean and then I made him dry. I could see his eyes looking at me with love.

After the pup got dried completely, he became a furry pup and was looking extremely cute and adorable. I took the pup to my room where I laid a mat and a large-sized cloth over the mat. I laid the pup slowly on the soft cloth and I went near the window to close it. I wanted the pup to feel cozy in my room.

He was still crying a little which made me realize that he must be hungry. I brought a small bowl of warm milk. As I kept the bowl close to him, he started drinking milk with pleasure. As he was licking the milk from the bowl, he was lifting his face and was looking at me, and then he started licking the milk again.

He was so hungry that he did not leave a drop of milk in the bowl. For a while, he was moving with his little legs all over my bed. I was watching him dearly. After playing with him for a while, I noticed that the little pup was feeling drowsy. His eyes were about to be closed and in a few minutes, he fell asleep.

I put a soft piece of a bedsheet over him and I slowly got up from my bed to have my food in the kitchen. It was already 21:00 hours. After having dinner, I did my night chores and came to my room. The cute little pup seemed to be enjoying his slumber. I switched off my bedside lamp and was drowned in sleep.

The next day morning, as I opened the window, the bright sunshine touched my cheeks. I looked at the pup who just got awake and was throwing his little feet here and there like a small baby. I took him in my lap and started cuddling him. He too was enjoying my cuddle. In no time, we both became friends and he started showing his love by licking my cheeks. I did not realize when I fell in love with him.

Since the day of heavy rainfall, that little pup who I named Coco became an important part of my life. The day of the downpour turns out to be bliss for me. I got a memorable gift from Mother Nature: a sweet little Coco in my life who became my monsoon love.

Book Review: When the Wildflowers Bloom 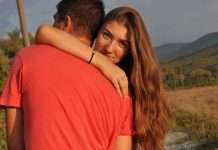 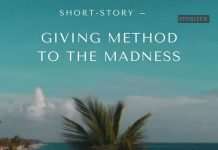 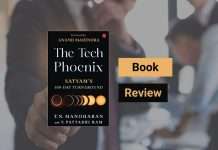