Tears were rolling down my cheeks that day when I had a breakup with my boyfriend with whom I was having a relationship for the last one years. I was on the way back home in a rickshaw. I was wiping off the drops of tears from the corner of the left eye with my handkerchief. The auto driver noticed I was crying from the rearview mirror.

He asked me, “Madam, is anything wrong?” “Are you OK?” I was not in a position to talk as I was afraid I could not control my emotions and my tears may roll down again in front of him. You must be thinking about where I was coming from. It was Christmas eve. I had plans to have a stroll around the streets which were dazzling with lights. Before meeting him, my heart was filled with excitement. I was extremely elated to meet him, as we were meeting after a long time. I had a surprise Christmas gift for him. So, before meeting him, I purchased an expensive watch which would be a special surprise for him. I dressed beautifully to look more pretty in his eyes. I wore an outfit of his favorite color to let him know the depth of my love for him.

We sat in a restaurant where I was sitting opposite him. I realized he was not as happy as I was at meeting him. We spent half of the evening amidst the beautiful ambiance of the restaurant where there was a large decorated Christmas tree in one corner of the restaurant. As I was about to give him his gift, he declared to end our relationship. Neither I could retaliate nor I could speak a word. His words left me in utter shock.

Before I could ask him the reason, he said in his polite tone that he had fallen for someone else and he did not realize when he gave his heart to her. With me, it was only an attraction. After hearing those words, I stood up from the chair and walked out confidently in front of him to show his words did not affect me the least. As I sat in a rickshaw, my eyes welled up with tears and my emotions burst out at once.

I unlatched the door of my home and I stepped inside my house. I switched on the TV set and started flipping channels. My mind was so disturbed that I could not focus my mind on any of the TV shows. As it was the winter season, I wrapped a shawl around me and walked out of my house to get some fresh cold breeze. As I started walking, I came across a church that was gleaming with lights. I climbed a few stairs of the church to sit on one of the stairs. It was at about 20:00 pm. Winter evenings were generally quiet. But, that evening was special for the world. I could hear the noises of people around the church. I chose to sit in a silent place in the backyard of the church which was silent and peaceful.

I was engrossed in the bitter thoughts which I experienced an hour ago. All of a sudden, I felt something jumped on my lap. I got scared and I looked on my lap to see a little white kitten who was sitting cozily and was staring at my face. The cute innocent face of the little kitten made me forget all my sorrows.

The cute little kitten started licking my hand. The cold tongue of the kitten gave me a soothing and warm sensation. I could feel the kitten’s affection for me through his gestures. The temperature started dipping and hours passed by and the kitten was sitting firmly on my lap as if he does not want to leave me.

I drew him more close towards me and started running my palm of my hands over his body and head. His white fur was as soft as a feather. I saw the kitten’s eyes were closed as if he was feeling my love for him. An hour passed by and I was not able to move from the place. The little animal was wagging his tail and was licking my hands at the same time. The love of the kitten had filled the gap of love in my heart again.

It was time to get back home. I was not willing to leave the kitten. The little animal’s love was precious for me. As I started taking the kitten in my hand to keep him on the ground, I saw his little paws were clenched tightly with my cloth. He was not ready to leave me as I was not ready to stay away from his love. He was almost asleep. I held him slowly in my arms and I noticed his affectionate eyes were open a little and were looking at me again. He was trying to tell me to take him along with me. I understood the kitten’s unsaid words and I took him to my eyes. I named the kitty, “Snowy” who became my best friend and my companion for the rest of my life. Love which I did not get in a person’s heart I got from a little animal. His warm love made me realize that true and unconditional love can still be found in animals. Finally, I found my Christmas love in that little kitten.

Mighty Foods: Understanding How We Are Witnessing A Massive Change In... 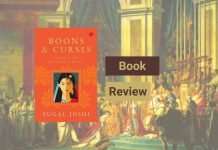 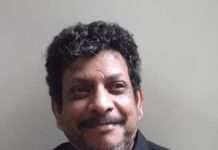