Being an adventure freak and travel enthusiast, I believe travel has the power to heal and it certainly ignites a strong sense of purpose in me.

Venturing into unexplored territories, meeting new people has helped me embrace life. One such life-changing experience was my recent road trip to Leh Ladakh.

We were 8 ordinary individuals (I along with my 7 friends) navigating through the backdrop of snow-clad mountains,appealing valley,passing through the most picturesque places on earth our journey coveredSrinagar, Sonmarg, Kargil, Leh/ Ladakh.

Personally, it was a dream come true for me, to ride a bullet (old heritage, mean machine, which is not a bike but an emotion to the cult followers) in the Himalayas. Through this piece, I would want to take you through the less traversed roads and share a few emotions I went through while navigating through prominent places that were being visited.

Guarded Journey from Srinagar to Kargil

The distance from Srinagar to Kargil is approximately 205 kms. Witnessing the beauty around within travel of just a few kilometers, we realized that the drive to Sonmarg is going to be the most scenic journey. During our journey, we witnessed orchards (apple & cherries), a garden of pine trees. We also observed there were a lot of army men who were posted every 50 meters on difficult terrains just to ensure the area is safe for tourists to hang around freely.

On enquiring, we were informed the situation had improved quite a bit compared to a decade ago. During this, I realised how fortunate and blessed we all were and keep cribbing about petty issues of life. Having witnessed the tough conditions in the valley and hearing the problems faced by the locals in their daily lives we prayed that the tension in the area gets over as soon as possible so that if not his generation, their next-generation gets to witness normal life and enjoy the comfort and freedom we all possess.

The Sonmarg valley was mesmerizing with the snow-capped Himalayas. Sonmarg means ‘meadow of gold’ and is fully covered in snow in months up to April and looks beautiful with the backdrop of snow-clad mountains, Sindhu/ Indus river, and Thajiwas Glacier.

With the appealing, beauteous valley and snow-clad mountains/ glacier and lush green surroundings, even the worst of photographers would end up capturing mind-blowing pictures of the landscape that was on the offering.

We continued our journey and reached Drass, the second coldest inhabited place on earth, which is also famous for the epicenter of the Kargil war that took place in 1999.

Kargil War Memorial (‘KWM’) is built on the foothills of Tololong Hill -alongside the Tiger Hill, in the memory of our martyrs who gave the supreme sacrifice for our motherland in the Kargil war. The road we took to reach KWM was the Indian national highway (NH 1/ 1A) connecting Srinagar to Leh cutting through Kargil. As we rode, our memory flashed images of Kargil war and how our brave soldiers foiled the plan of intruders to capture the highway whose strategic importance we are all aware of.

As proud citizens, we were getting goosebumps by just imagining the valiant effort put in by our brave army men, in hostile conditions due to difficult terrain.The path that leads us to the memorial of our brave jawans is nicely decorated/ surrounded by India flags, has a huge epitaph with names of all the officers and soldiers who were martyred. The fluttering sound of the flag gives you the kick of patriotism, which cannot be explained. KWM also displays a howitzer gun, MIG plane, and Bofors gun.

With moist eyes, we realised that our jawans are the real heroes who live by the word and go through any extent just for the pure love for our country and loyalty towards it. No amount of praise, respect, wealth, flashy words can do justice to the supreme sacrifice that these brave jawans do for our country. Our martyred jawans are truly immortal who always held their love for motherland superior to heaven or worldly material things/ pleasures.

Just a few kms away from the magnetic hill, there is Gurudwara Sri Pathar Sahib, which has gained prominence and is told to be built in the memory of Guru Nanak.

It is believed that sometime during the 15th century (period of 1515-18) while returning to Punjab from Tibet, Guru Nanak Devji rested for a while at this place.

Based on local records, it is said that there was a wicked demon who used to trouble the people staying in the region and ate them after killing. Terrified, the people prayed to the almighty for seeking help. Guru Nanak Devji settled on the banks on the river below the hill and blessed them with his grace. The locals called Guru Nanak Devji, ‘Nanak Lama’ and were quite happy to have his divine presence around. Seeing this, the demon got furious and decided to kill Guru Nanak Dev by pushing a large rock (boulder), down from the hilltop. The boulder on touching Guru Nanak Devji’s body, while tumbling down at great velocity, came to halt and turned into a soft wax. The demon was shocked to seek Guru Nanak Devji alive and kicked the boulder to push and kill Guru Nanak, instead, his foot got embedded in the wax-like boulder.

The story of the re-birth of this Gurudwara, goes something like this: In the 1970s, while construction of the Leh-Nimu road was on-going, inspite of all the efforts the holy boulder couldn’t be moved. When the workers/ army men were informed about the sacred rock and Guru Nanak Devji’s past incident by local Lamas, a Gurudwara was built. The holy site came to be known as Gurudwara Sri Pathhar Sahib.

The most prominent aspect this Gurudwara is that it is located at an altitude of 12,000 feet and is managed by the Indian Army. This very Gurudwara has a huge rock with the imprint of Guru Nanak Devji’s body and demon’s footprint.

All regions have one objective and preaching which is: live a truthful life with purpose, believe in one God (who is the creator of the universe), respect others, and have high moral standards.

We all sunk in the blissful environment and offered our prayers to the almighty. Like every place of worship, divine energies/ vibes and calmness embraced us from all around, so we spent extra time before Guru Granth Sahib. We also had food/ langar (food prepared in community kitchen) that was being served by the army men to all the visitors irrespective of their caste, creed, religion, gender, ethnicity or economic status of individuals. There was a lot to learn from the entire atmosphere for each one of us. After spending a blissful time at the Gurudwara, we headed to cover other local places of interest.

The journey of contentment and borderless love:

While we were heading to Turtuk, we came across 2 kids who were crossing to the other side of the rusty iron bridge. I stopped by and started interacting with them. I found them extremely friendly, innocently charming and cute. I couldn’t resist but got playing with them as was smitten by their simplicity. This place taught mea great lesson of life i.e. to observe and learn how people with just bare necessities, no visibility on their future are divinely happy and satisfied with whatever comes their way, then be it strangers, harsh weather, almighty’s grace or attacks by unfriendly neighbors. They just do not complain at all and seem to be devoid of any visible stress in life. After getting enlightened in the cute company of the kids, we headed to Turtuk, which was just a stone’s throw away from the bridge.

Turtuk is a remote village, that is only 2.2 kms away from the LoC (India Pakistan border). This village earlier was under Pakistan’s control and only after the Indo-Pak war in 1971, it became part of India. The people of this village speak Balti, the language that is a mixture of 2 languages, Tibetan and Persian.

Must Read: The Girl in a Champagne Yellow Dress

After walking a few meters, we reached the northernmost village of India called the Thang village. Interestingly, before 1971 the twin villages namely Thang and Pharnu (now on Pakistan side) were in India and people used to stay in one place and work at the other place. But after the war in the year 1971, on December 16th and 17th, the villages were separated by the LoC and ironically the families were separated and to date, there are members from the same family that are living in two different countries and are divided by borders. Extremely sad, but true. This 10-day trip has potentially transformed my life, giving me new perspectives and turning me into an author before I could even come out of the trip hangover.

Kamlesh Kaltari, a Chartered Accountant by profession, is a social and fun-loving young chap who loves to travel with friends and family. He likes to spend quality time with near and dear ones and loves to explore new things be it food, places, adventure activities, languages, creating own recipes, organizing events, etc.

This is his amateur attempt to share his travel experience and spread the joy of giving, through this book.

Support us by Subscribing to Storizen Magazine and be the first one to receive our issues as soon as they are launched. 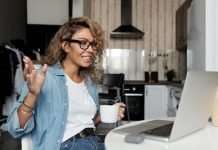 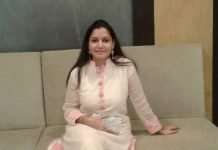 The Other Side Of Success