“Suppose you are given a chance to choose 2 superpowers from the X-men universe, which are the 2 superpowers that you should choose? Hint: There IS a right answer” Sheldon asked at the table, with a sparkle in his eyes.

Leonard dropped his fork and started thinking, “Umm, let’s see. I would like to have Jean Grey’s power of telekinesis, telepathy and Wolverine’s invincibility”.

Sheldon “Wrong. Raj, what about you?”

“I would like to have Storm’s power of controlling the weather and laser eyes of Cyclops. If I can control the weather I will be hailed as a god back in INDIA and having laser eyes is kinda cool”  Raj said with his characteristic smile.

Howard, “How childish. The man is offering you superpowers and you are picking laser eyes like a kid”

Sheldon, “Gentlemen, let’s be adults at this table. Raj’s answer was thoughtful but wrong. Howard?”

Raj mumbled, “I thought so. Now that Bernadette is out of town the only way of getting a girl in your bed is if you are the girl”

Sheldon, “I am afraid. That is wrong as well. As usual, I will have to give the correct answer. It is magneto’s power to control metals and wolverine’s admantium upgraded skeleton and his longevity. You see, Jean grey was the most powerful mutant but still Wolverine was able to stop her in the movie X men Last stand. Wolverine is invincible. The only person who could have stopped wolverine was Magneto. But since I possess Magneto’s power as well, so I have no threats.”

Leonard gave him a weird look and continued his meal, just then Howard noticed someone sitting at the table in the corner. He was a tall fellow wearing an overcoat. Another man was with him.

Everyone instantly turned in that direction.

Howard, “Not all at once you amateurs. The first rule of stalking is to look as non-desperate as possible”

Sheldon, “Excuse me Leonard, but as per the definition of Oxford dictionary Stalking means a stealthy pursuit of someone or something. It has no mention of desperation.”

Sheldon continued, “But I think you must be referring to the obsessive checking out of facebook profiles of girls by Howard. That is also a form of stalking and your use of the term desperation is an apt one in that context”

Raj , “Stop bitching guys, let’s go meet him. I have read the blog written by Dr. Watson about the Lady in pink, it was awesome”

“It was STUDY in pink. Not lady in pink. Why everything has to be about girls with you?” Howard corrected Raj giving him a disgusted look.

Sheldon cut in, “Well Excuse me Howard. I see no incentive to go over there and meet a complete stranger”

All 4 of them went to that table.

Sherlock and Dr. Watson were discussing something quite intensely and were a bit startled when suddenly all 4 of them were standing next to their table.

Sheldon started before anyone else, “I don’t understand the question. Are you indicating that we need some kind of help? Because you MAY help us only if we need any help. And as per my understanding none of us need any help, least of all, help from a complete stranger like yourself. Also are you trying to imply that you would be able to help us if we needed help, which we don’t, without even knowing what kind of help we wanted”

Dr. Watson had a puzzled look on his face. Leonard sighed while Raj and Howard looked away until Sheldon finished.

Leonard, “Sheldon wants to say nice to meet you Dr. Watson. Hi I am Leonard, <pointing towards others he introduced them> this is Raj and Howard.”

Dr. Watson shook hands with them while Sherlock was still sitting in his chair.

Pointing towards Sheldon he asked Leonard, “Who is this guy?”

Sherlock started speaking while still being seated in his chair, “A child prodigy who completed his doctoral well before 20. He is a Physicist at CalTech University. Right handed. Winner of the Stephenson Award. He is obsessive compulsive about cleanliness and orderliness. Had a rough childhood, probably parents who did not get along? Or bullies, maybe both.  Although impulsive at times but he is a harmless guy on the whole, who can be obnoxious.”

Raj in a worried voice, “I already feel that he knows all my secrets”

Leonard, “But how do you know all these stuffs about him? You just met him”

Sherlock got up from his seat.

“The relatively larger frontal lobe indicates above average intelligence. The partially hunched stance indicates someone who works with a bent neck most of the times. Where a person with above average intelligence does bends his neck? Books. The impressions on the fingers of his right hand especially the middle finger indicates he holds something for an extended period of time. Pen ? Maybe. But it looks like something bigger. Marker? Probably. Apart from telling that he works with a marker it tells us that he is right handed. From the emblem on the pen in his pocket it is easy to infer that he won the Stephenson Award. Also the year is mentioned as 2005, which was the 110th anniversary of Nobel Prizes.  So he got Stephenson Young Researcher award on 2005, which means he completed his PhD before that. I am guessing his current age as 25 which means at least 9 years ago at the age of 16 he completed his PhD. So in Pasadena, what are the possible workplaces of a young prodigy having marker impressions on his fingers and who is socially awkward to say the least. CalTech. His stance of standing is defensive, he is always on the lookout to counter. A basic sign of a stressful childhood. Bad parents and bullies are the 2 most prevalent causes of a bad childhood. Now I know he is obsessive compulsive about cleanliness because I saw him washing his hands with handwash lotion before starting the meal and even in between. While coming here, out of all 3 of you he was the only one who pushed his chair back at its place near the table, he is obsessive about orderliness. I know he is impulsive because today afternoon he must have been solving a problem on white board and when he did not get the result he rubbed it off with his hands in a fit of rage. Although he washed his hands afterwards but as we all can see the faint mark of the marker ink is still on the side of his palm.”

Sheldon twisted his palm to see the spot, everyone was looking at the palm.

Howard, “How do you get the obnoxious part?”

Sherlock smiled, “I listened to what he said to Watson”

Sherlock, “Now if you fine gentlemen will excuse us I have to discuss something with Watson” Sherlock tidied his coat and started to sit down again.

Sheldon, “I am inferring that you are a detective Mr. Sherlock?”

Sheldon, “Was that sarcasm?”

Sheldon turned to Leonard shaking his head, “I don’t like him at all”.

Sherlock quipped in, “I get that a lot”

Sheldon, “So Mr. Detective , although you must be feeling pretty good inside your head, but let me tell you, we Physicists are far better at deductions than detectives like you. You see, we have to think about those things which are non-existent or even if they are existent, they are intangible. Whereas you detectives have everything in front of your eyes. It is just like fine arts. Stating the obvious, in a manner that it looks impressive”

Sherlock “Oh really. So let’s have a contest. See that guy sitting over there at the bar counter. Tell me what you infer about him?”

Sheldon gulped. His face started twitching. He looked at Leonard, Raj and Howard for any help but they were too amused at seeing Sheldon being beaten at his own game.

Sheldon, “well I can tell you he is a young man”. He paused.

“.. And he really likes beers. And from his seating position at the bar I infer that he is very poor at geometry. The best position to sit at the bar counter is at the center. You get a  better view of everything the bar has to offer. You have the complete attention of the bartender. The time lag between ordering and receiving is the lowest. But this guy is sitting at the corner. I would say he is not very bright.” Sheldon concluded and looked at Sherlock.

Dr. Watson , Leonard, Raj and Howard were all waiting for Sherlock’s come back.

“Well he is a sturdy man, probably ex military. The soles of his shoes are evenly worn out, so he walks with an upright stance. He is right handed and judging by his hair style he is a fan of the punk rock bands of the eighties. The jacket has seen better days, so he may be in some kind of financial trouble nowadays but he still comes in a restaurant and drinks beer at the bar. So he is not worried about it. Probably do not have a family. He is heavier than he appears judging by the slight buckling of the stool legs.”

Sherlock looked at Sheldon, “And that is how you make a deduction”

Howard, “Wait a minute, whatever you deduced about him is giving me an idea. All those traits, especially being heavier than you appear points to only one guy”.

Everyone was looking intently at the guy sitting on the stool with his back turned towards them. Just then Penny re-appeared in the bar counter and handed over the glass of beer.

Raj almost cried out loud with happiness, “Holy crap it is Wolverine”

Sheldon, “Now that we have a really experienced guy amidst us, I think we can ask him to decide who is better at deduction, Physicists or Detectives?”

Dr. Watson “Sherlock we do not have time for this”

Sheldon “Hang on.” He hurried to his bag and  scribbled something on a piece of paper and returned with a document. “Here sign this”

Sherlock “What is this?”

Sheldon “It is the Sudden Wager Settlement Agreement. It says that you are entering into a wager with me in your full mental health. It appoints Logan as the judge of the wager. It states that if you lose you will have to bow your head in front of me and accept defeat”

Sherlock turned towards Dr. Watson “Can you believe this guy?”

Sheldon , “I know. I am too awesome”. He forwarded his pen towards Sherlock.

Sherlock signed and all of them went toward Wolverine.

Sheldon , “Erm. Escuse me Mr. Wolverine. I am sure you could hear everything we were discussing back there. I would really appreciate your judgement and your signature on the Sudden Wager Settlement Agreement”.

Wolverine took a long sip of the beer and turned towards them, “All you guys… Go f**k yourselves”

And he walked out of the cheesecake factory. 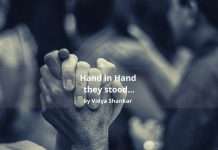 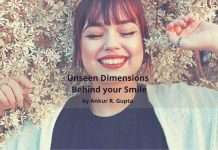 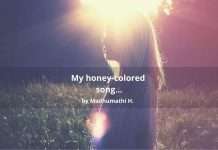 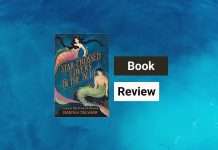 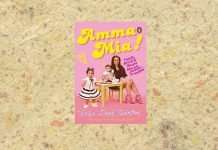