It was a usual Monday morning for a big fat Indian family. The breakfast table was being set and everyone was seen bustling around the house finishing their daily chores.

Grandmother Kaushalya Devi was ringing bells in the small temple placed on the low-rise table in her bedroom, tailoring her needs. She gabbled her mantras as she heard the family members, basically her sons, grandson, and great-grandson rallying at the dining table. Still rapping the mantras in her mouth, she sat down with others, while waiting for her breakfast to be served.

Grandson Ravi was in his supersonic mode as always, while his mother was painstakingly trying to get the things right for him, cold coffee with low sugar check, boiled egg toast check.

The coffee is not that cold, complained Ravi. ‘Let it be now I’m in a rush, you always forget my extra ice’. While mother was picking up her speech to respond back, Kaushalya Devi snapped, no wait my dear I’ll quickly get some ice for you. Should not be that long, I don’t want you to leave like this, breakfast is the most important meal of the day.

In the meanwhile, mother talking to herself, ‘the coffee was just ok, his tantrums will never go away. And mother, she will never miss an opportunity to put me down in front of everyone. Can’t she see I’m making the best of my efforts to get things right? Rather than encouraging his attitude, she should have asked him to cooperate’.

Kaushalya Devi came with the ice and was delighted that his grandson did not leave an empty stomach.

Her only motto in life had been to feed her family. Food and only food had been her part and parcel. Though she hardly ate more than two small chapatis with a big spoonful of veggies herself, she always ensured that her family was being stuffed in the best possible ways.

She never thought wrongly about the mishaps. Just like the one that happened this morning. Her goal was that no one should leave the house without food in their bellies.

With this goal in her mind, she moved to her next target the great-grandson Veer. Why are you not eating your banana? Veer asked him while trying to force a bite in his mouth. I don’t want to have more, said peeved Veer. You have not been eating properly, look at your face it is losing that charm, she was trying to convince him to gulp just one more bite.

His mother the daughter-in-law Arya was watching this while she packed her lunch for the office. Talking to herself she said, ‘What does she mean when she says not been eating? I always try to give him proper meals. He is just a child. You can’t expect him to eat like an adult. This too much pamper will make him just like his dad. We have had enough tantrums already, don’t want to spoil him.

Kaushalya Devi gave up after trying for some more time and went back to Ravi. Ravi, have you packed the fruits for your office? Let me check with your mother.

Arya always disliked her being biased to only the sons and daughters. She felt as if daughters-in-law were not a part of the family. Why can’t she care about me or my mother the same way? Arya had already believed that this is how the legacy has been set and she used to refrain from eating much in front of the grandmother as she was afraid that she might not like it. She would compare it with his grandson, who was already fussy about food and was restricted to limited items when it came to his diet.

Whenever she used to have fruits, Kaushalya Devi used to immediately circle the plate to Ravi or Veer. As if Arya was snatching away the nutrients from them. Tired of this she started buying and eating things from outside and used to hide them from the family.

The daughter Riya who was married had just come over for a short stay and was watching all this. She could sense from the actions what each of them felt. She very well knew her mother and grandmother.

Grandma had no intentions to put someone down or be biased toward someone. Her only concern was to keep everyone healthy. Her targets were Ravi and Veer because they were the only ones who were fussy about eating. Both being fed was a victory for her. She never approached Arya or her mother the same way because they were self-sufficient and did not require anyone to run behind them.

Mother was always occupied in her daily chores that she never took a toll on what grandma said. With years of experience, she had understood grandma’s ways of working.

Riya could also empathize with Arya as she herself was a daughter-in-law. So, she quickly picked a fruit box and put it in Arya’s bag. Here you go she said to Arya. Arya smiled; the baffled face was now more relaxed, as she felt comforted. She kissed goodbye to Veer and asked him to finish his breakfast.

Riya then went back to grandma, ‘Oh daadi, leave it now, they will all eat by themselves. Let me get you your plate. You should stop worrying about others and take care of yourself. They are grown up enough to manage themselves, she calmed her down.

Everyone went about doing their chores and left. The table was empty, and grandma’s job was done. She retired to her room and stepped down for a quick nap while mother sat down for some me-time after the rushed the morning.

Pondering over the whole incident Riya analyzed how people can have different perspectives regarding one problem. She wished if there could be a voice that can read and tell people’s minds, that would resolve most of the household issues. How easily do people judge each other and create preconceived notions, if only we can let the mind be a free bird and let it fly through the open window, life would be easier.

The Park at Midnight, a poem by Sneha Sundaram 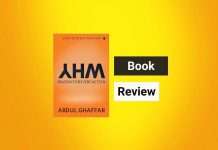 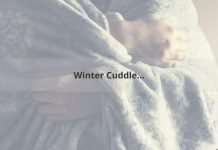 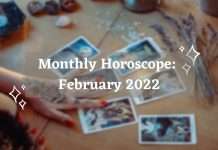 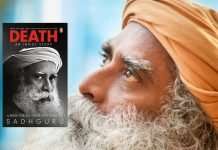 An Insight on Death – An Inside Story by Sadhguru

Compared to the past, you too can have a beautiful future...