The only rule of writing crime fiction is that it should be believable. Not real, but realistic. Of course, there will be times/situations when you will need to deviate from the facts and that’s okay, so long as you ensure that it doesn’t sound (too)implausible. While we all know crimes don’t occur the way we watch them in films or how they’re narrated in books, it is the author’s job to assess how much reality to suspend so that the story still sounds credible—for that to transpire, one of the ways is to ensure that the readers are adequately immersed in the narrative, and the dialogues sound convincing.

Another known practice to make the story sound believable is to set it in a location that the readers can visualize easily. Setting a story in larger cities like Mumbai or Delhi or Chennai is a no brainer for me: Mumbai is one of the cities in India that most people have either visited or seen in numerous Bollywood films. The local areas, landmarks and surroundings described in several of my books have been seen or heard of by most; the same logic applies to Delhi or Chennai or any of the larger cities. Moreover, large metropolises have a lot of diversity in terms of people, food, language, architecture, etc. to work with. That is not to say you cannot write a story based in Jhumri Telaiya, but your narrative will have to work a lot harder.

Read the article in the Storizen Magazine July 2019 Issue

Crime fiction is the easiest to read, but it is fairly complex to plot and pen. Most crime stories provide a “hook” in the beginning (murder, heist, caper, con, fraud, malpractice, etc.) that stimulates the readers’ curiosity, grabs their attention and encourages them to read through to the conclusion. One of the most crucial considerations here should be that the “hook”—despite the clues you deliberately drop into the narrative—should hold the readers’ attention until the very end.

Characterization is another extremely critical component in storytelling. The characters should be realistic for readers to relate to without a struggle; they should be able to close their eyes and picture the lead characters and connect with them. The film Sholay released in 1975. Almost 45 years later, Gabbar, Thakur, Jai, Veeru, Basanti and even Dhannoare as vivid in my memory as when I first watched the film.

Be mindful of the police/investigative rules and practices. There are procedures the police force has to follow, and there’s a science to it. That’s where research comes in. However, all research should be presented in an appropriate manner; it should be weaved into the narrative. There is a thin line here: details should be sufficient, not overwhelming—the author should refrain from longwinded and complex explanations.

Introduce side stories. You cannot write a recipe without the ingredients; you cannot write a 90,000-word manuscript without sub-plots—you can but it will be quite bland. Any plot—however complex—can be summarised in one side of an A4 sheet, but it will lose all the romance of good storytelling. Readers don’t want bare-bones; they want a great reading experience. It is the author’s responsibility to introduce sub-plots that are interesting enough for readers to stray from the main narrative. They need to be seamlessly woven into the main plot.

Another factor is pace: never neglect the significance of your readers’ time. If the narrative gets sluggish and boring, you’ve lost the readers. The adrenaline should keep pumping; the anxiety levels should never drop. If your chapter finishes leaving the readers gasping for more you’ve already succeeded.

Lastly, think about the conclusion before you start. What is the most likely ending to the story? It’s okay to leave some things unsaid, as long as you are certain the readers will take the leap. Also remember, all stories don’t need to have a happy ending, so don’t lose sleep over it. Instead, focus on what you want the readers to think once the story is over.

Vish Dhamija is the author of eight crime novels, including legal thrillers. He is the only writer of Indian origin listed among the major legal thriller writers of the world. His books starring Rita Ferreira (Bhendi Bazaar, Doosra & Lipstick) have recently been acquired for adaptation into multi-season, premium original digital series by Abundantia Entertainment (Producers of films Airlift, Toilet-Ek Prem Katha)

Book Review: A Silver Lining in the Ease of Doing Business... 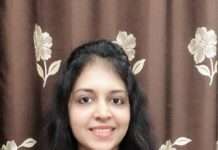 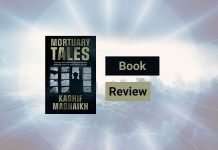 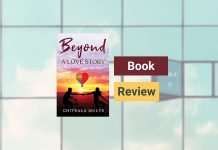 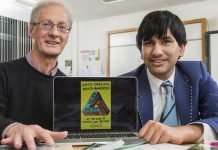