Tanya got off the car and rushed towards the coffee shop. It was drizzling, winter rains, she was walking as fast as she could to avoid getting drenched. When she reached the covered porch she stopped, took a breath and tried to calm herself. “Maybe I should have canceled this”, she thought. “It’ll take me ages to drive back in the rains, and all this for a Tinder date.” She ran her fingers through her hair and smoothened her jacket and started walking slowly towards the coffee shop.

Confident, happy and single Tanya logged on to Tinder sometime back, maybe out of curiosity, maybe out of loneliness, maybe it was a bit of both. She has been in love before, has broken her heart, she still believes in love and could be hopelessly romantic at times. Though her romantic quests didn’t go the way she had hoped, Tanya was a positive and a happy woman, doing well in her job, popular with her friends. She had pushed back all thoughts of love for a while and seemed to be doing a good job of it. Then, one Sunday afternoon, while flipping through TV channels to kill time, she suddenly felt very lonely and bored. Her friends, most of whom were married, were caught up with their family or with some other errands. “Maybe I should try Tinder,” she thought, “who knows maybe there are interesting men out there”.

She downloaded Tinder on a whim and started swiping right and left. To her surprise, she matched with every man she fancied, and all of them seemed eager to meet her and take things forward. The initial response was overwhelming and exhilarating, ‘maybe I will meet someone nice here,’she thought. She was not unattractive she knew, but the men out there made her feel like a beauty queen. Her optimism, however, was short-lived, when most of her tinder matches seemed to be only interested in sex or one-night stands.  “I was really naïve,” she thought “to think dating still meant coffee, good conversations, and sweet romance.  Holding hands and walking in the moonlit nights, like college times.”

As she was about to delete the Tinder app, the message notification blinked, “How about coffee on Monday?” asked an almost forgotten Tinder match, Abir. “Well one coffee shouldn’t hurt,” thought Tanya. “Fine, let’s meet at 7,” she wrote.

When Tanya stepped out of office that Monday evening it was drizzling, and she had a good mind to call off her Tinder date. “It’s too late for that now, it would be rude,” she thought, as she drove to meet Abir on a rainy December night.

As Tanya, walked towards the coffee shop, she found Abir waiting for her outside, he came forward and shook her hands warmly. By the time they sat down they were already talking like they have known each other for a while. They talked endlessly for hours until Tanya realized it was late and she had to get back home. Traffic was crazy on the way back, but she didn’t mind. There was something about Abir that was so different from the all the men who crossed her path, on Tinder or otherwise. He was sweet, charming, polite and seemed genuinely interested in knowing her.

So, they kept meeting and talking and before they knew they were dating. “Watch out,” her friends warned, “not so fast. You met him on Tinder, at best he’s looking for a casual fling.” Tanya took a step back only to realize that they were both drawn to each other hopelessly and there was no looking back. Neither Tanya nor Abir had thought that they would find something so beautiful on Tinder, so they plunged right into it –into a journey of love, friendship, and companionship! 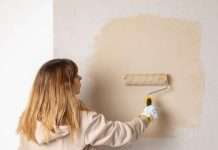 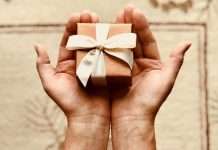 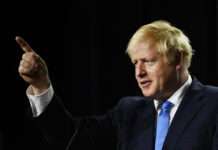 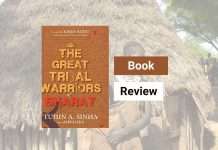