Book Title:
The title of the book ‘Made in China‘ is mysterious and intriguing.

Book Cover:
The cover image of the book is a glass jar with a label named ‘Made in China’ and with all the characters trapped inside the jar. The image is funny enough to understand that the story is a roller coaster of all emotions.

About the author:
Parinda Joshi was born and raised in Ahmedabad and later immigrated to Los Angeles with her new husband where she navigated the challenges of starting life from scratch in an unfamiliar milieu, enriching herself with an MS in computer science, testing her limits and redefining herself. She now resides in Silicon Valley where leads growth analytics for a startup in the fashion industry, is mother to her precocious mini-me, a budding screenwriter, a lover of modern poetry, fitness enthusiast, an avid traveler and photographer, and a humor junkie. Her M.O. is best described by Maya Angelou’s quote: ‘My mission in life is not merely to survive, but to thrive; and to do so with some passion, some compassion, some humor, and some style.’ She is the author of two novels, Live From London and Powerplay. She has also contributed to a short story anthology, The Turning Point: Best Of Young Indian Writers, and several online publications including GQ India and The South Asian Times (New York). Made in China is her third novel. It has been adapted for a motion picture by Maddock Films starring Rajkummar Rao, Boman Irani, and Mouni Roy, Sumeet Vyas, and Paresh Rawal among others. Parinda has co-written the screenplay for the movie. Instagram: @parindajoshi Website: www.parindajoshi.com.

Raghu Mehta is a desperate man. His handicraft imports business has unexpectedly collapsed and cash is drying out quickly, his wife thinks he is a loser, and society considers him irrelevant. Meanwhile, his closest friends and family all seem to be running flourishing businesses and living luxurious lives in Surat, the diamond capital of India. A trip to China to scout for a new consumer goods business offers a glimmer of hope. But Raghu instead gets sucked into the black-market trade in the back alleys of Beijing. Everything about this new opportunity goes against his god-fearing, vegetarian, middle-class mindset – can he quash his natural instincts to make a success of it? Darkly comical, Made in China is a soul-stirring and thrilling entrepreneurial journey of a man willing to do anything he can to make it big.

My review:
The story is about Raghu, a middle-class man, a small business owner who imports statues. He comes from Surat, Gujarat, and has a small shop set up there. He often feels that he is not doing good in his business and life whereas his friends are making a good fortune. Incidentally, he starts tasting loss in his business. This is when his real struggle starts. He is married to Rukhmini, who is a perfect partner. Often Raghu feels that he is not giving her a good life though she is smart and educated. Amidst of all this mental illness, his importer decides to shut down his business. This is when Raghu meets his old friend who gives an idea to check for new business opportunities there.

This once decision changes his life forever. Is the change good or bad? Read the book to know as this change is the essence of the story and I do not want to place the spoilers here!

What I like:
1. The erratic behavior of a businessman who takes a wrong step is shown well
2. The central character Raghu is very realistically portrayed
3. The comedy part is well maintained in the book
4.  There are many places where a common man can relate to himself

What I didn’t like:
1. Unlike the movie, the story looks tedious in narration
2. The climax goes haywire and there are many disjoints from the main story
3. Slow narration

Characters:
The characters are plotted well but the duration of some characters in the story was found very short and hence there felt some disconnection.

Narration:
Though the storyline is very interesting, slow narration faded the enthusiasm to read the book.

Language & Grammar:
Easy language with normal vocabulary is found in the book.

Understanding Your Child’s Mental Health as a Parent 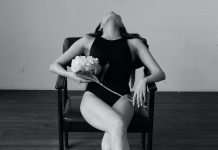