Book Title:
The title of the book ‘Minority Conundrum‘ is informative and educative.

Book Cover:
The cover image of the book is a solid lavender colored background with the title in capital letters with a small fused Benzene structure that depicts the Indian community with one ring in white-colored that depicts the minority community. As the title suggests, this explanation can be inferred.

My review:
It is always a pleasure to state that ‘I am blessed to be born in the city of pearls, Hyderabad’. Being a Hyderabadi every time has its own advantages. Be it the multi-cultural community or the very famous Hyderabadi Urdu. From the language to food, everything is special about Hyderabad. And the most important thing is ‘ Hyderabadi Biryani and Haleem ‘. Yes! The words Urdu, Haleem, mutton biryani, etc., point out to the Muslim Fraternity community.  The reign of Nizams prior to Indian Independence has brought a greater pride to the people and their lives. I had to mention this because I have been associated with Muslim friends since my childhood. Though I could identify many differences in our lifestyles, mutual love and respect are what that tied us together.

It was in the year 1991, during the riots in Ayodhya due to Babri Masjid attack, me being an 8 year old for the first time understood that there are religions. I being a Hindu, started my school 4 years back which is a Christian Missionary Convent and my neighbors and best friends were Muslims. I really hate to type this statement but to build up a narrative in this book’s review, I had to. That incident and December 6th being declared a black day created a commotion in my tender mind. I then started to understand the real world.

India is a multi-lingual and a multi-religious country. Everyone co-exists with brotherhood. But yet, due to some reasons like the percentage of the population on a whole religions like Islam, Christianity, Jainism, Buddhism, and others are stated as Minorities. In the Indian Constitution, that was formed nearly 7 decades ago, apart from the regular fundamental rights few special fundamental rights and grants are proposed for the advancement of the minorities. In this book, author Tanveer focuses on how the minority community must adapt more strength in a rightful way towards the advancement of the community.

It is a well known hard fact that the relationship between a majority and a minority is often guarded by power and politics. India is one of the most complex and diversified systems of many languages, cultures, and traditions. But a conscious and willful exchange of culture and customs back then since the partition has been a binding force for everyone to live mutually together. In India, there is a balance of concentration of religions among all the states. If few are comprised mostly of Muslims few are with Hindus. Likewise with Christians and Jains. Thus, there is a terrain of almost equivalent concentration on a whole. But zooming into the community, the concept of minority makes sense.

In this book, apart from the chapters, the introduction part stands as a highlight. It summarizes every aspect of the thematic conception of Muslims as a minority. The sub-heading named ‘ The Question of Loyalty ‘ is one of my favorites. Here, supporting one’s own community for a better life is often mistook and questions on their loyalty that aggravates a strong statement like ‘ Leave the country and go to Pakistan ‘ is popped out.  Why is this being said? It’s been many years even before the freedom struggle there was a complete exchange of livelihood between Muslims and Hindus. There is an ample number of families who have built cordial and marital relationships much before the partition. While people want to live in peace, some external forces within the country for their own gain create unrest. This has been a steady and malicious step to gain power. During such disturbances created by who so ever, the common man is always at the stake. Here, the majority rules over the minority!

This book, ‘Minority Conundrum‘ consists of 10 chapters, each chapter by an eminent person with their thoughts and insights about the concept of Minority in the country. It is indeed a great and explosive work by the book’s author Tanveer Faizal to combine many thoughts that may look different but mean the same or almost the same.

In the first chapter, Amir Ali the professor of political studies at JNU, stresses about many incidents prior to the 2014 elections which led to questioning the basic democratic rights of the minorities in the country. He explains in detail how the political parties and people in power hailing from every community take advantage of the situation to provoke and incite ill feelings else go up to an extent of creating incidents that result in massacres and deaths. Here, as a reader, I felt hiccups while digesting some facts after every paragraph.

The next chapter by Navsharan Singh, a women’s rights and human rights activist focused on the very barbaric act of ‘ lynching ‘ people. She starts the chapter after quoting the most heinous incident that happened in Jabalpur, in 1961 about the religious riots. She also states very strongly the religious crimes that happened after 20 elections and how the religion card is played. This triggered a thirst to know such incidents which I am really not aware of.

There are eight more chapters where eight more people who really want to bring a change in the system of the country to shape up the young and youth of this country, especially the Muslim youth who have been ignored for various reasons have put forth their analysis and thoughts. Not only the Muslim community but also the Dalit community that is facing hard times since years should focus more on education and future instead of falling prey for the false leaders from any religion who promise about the upliftment. Being a sustainable individual one must persevere to bring a change. Quoting Dr. B.R.Ambedkar’s saying, “Humans are mortal. So are ideas. An idea needs propagation as much as a plant needs watering. Otherwise, both will wither and die.”, I wish and pray that this book must be made a compulsory read to every young man and woman of the country irrespective of the religion they belong to understand what Humanity means.

My Final Verdict:
A very informative book about our fellow Indians! 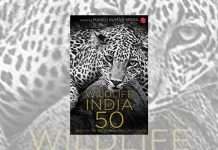 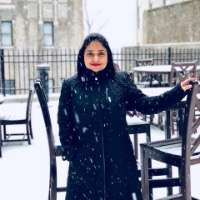 A music Playlist Really Soothes to the Nerves 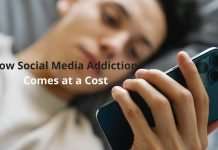 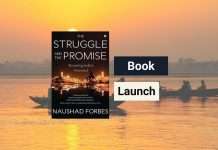 The Struggle and The Promise: Restoring India’s Potential