Book Title:
The title of the book ‘Narasimha: The Mahaavatar’ is mythological and ferocious.

Book Cover:
The cover image of the book is a digital art of the mighty lion god in Hindu scriptures, one of the Vishnu Avataar – Narasimha Avataar. The bright colors create a mood of valor.

About the author:
Kevin Missal is a 21-year-old graduate from St. Stephen’s College, who has written four novels till now ranging from crime to mythology to horror. He had written his first book at the age of 14, which was released by the Chief Minister of Delhi. His second book was written at the age of 16 and was published by a British indie-press. He is a pioneer in writing the World’s First InstaRead and is a bestseller on Amazon under the horror category. He is also the co-owner and co-founder of Kalamos Literary Services, which publishes and promotes fledgling writers to make a mark in the literary industry.

About the book:
Narasimha, once a brave soldier, has left the war and lies low as a physician in a village. But a familiar face from his past seeks his help to stop the tyranny of the blind usurper Andhaka. If Narasimha refuses, the world might just end. What will he do? And why did he leave the war in the first place? Prahlad, the interim king of Kashyapuri, is torn between the ideals of his unrighteous father and his love for Lord Vishnu. Whom will he choose? Hiranyakashyap, the ruler of the Asura Empire, wants to avenge the death of his wife. To do that, he must go through the Trials and get the greatest weapon – the Brahmastra. But the Trials have sent so many others to their death. Can Hiranyakashyap survive?

My review:
The book by Kevin Missal, ‘Narasimha: The Mahaavatar’  is a mythological fiction story which war, revenge, kings, powers, blood and other mystical powers. It is a known fact that is one of Lord Vishnu’s incarnation who is half-human, half-lion.

Many years back Narasimha kills little Prahlad’s mother Leelavati during a war between Lord Indra and Asuras. After the war, Narasimha still cringes with guilt of killing an innocent woman. One day he decides to leave the war land and goes away. He restarts his life in an isolated place as a physician. He still has the guilt of killing an innocent lady and his brother too and hence he decides to leave war and now lives his life in isolation as a physician. He takes an oath for himself that in any case, he will save Prahlad from all the wicked plans that Asuras plan to kill him. One of the main characters in the story is Andhaka, who is a terrible person for many reasons. Who is Andhaka? How is he related to Prahlad? What is the catch-22 situation Prahlad faces? Read the book and indulge in a fantasy world.

There are so many other things that can be read and experience a thrilling feeling. It would inhuman on my part to show all such subplots. Hence, please read the book if you have not yet!!!

What I like:
1. The intrinsic detailing of the characters is impressive.
2. The karma factor is well explained with the character’s deeds.
3. No one is perfect. Everyone has both negative and positive traits is that is beautifully explained in the story.
4. The narration and author’s writing is absolutely commendable.

What I didn’t like:
I have read all the books from the author and I am a little partial towards his writing. Not a single time I could find any error or flaw or drawback. This section really stands obsolete!

Characters:
Apart from the mythology story that everyone has heard during various times, Kevin’s explanation of characters really stands out. With awesome detailing the known story with new facts is amazing.

Narration:
Thrilling and persuading narration is found in the story.

My Final Verdict:
Do not miss the terrific story! Much recommended. 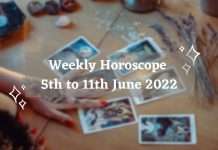 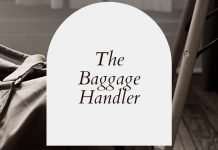