So are you ready to delve into a dark, twisted mind? Yes? Well then, let’s get started…shall we?

A hound is let loose after her, a cop. He watches hardened professionals daydream of becoming her next target. Each somehow believes he will better her. He realizes he is no different. Even as the cop craves to be her target, she puts him in the cross-hair. Little does she know that he too is a raptor waiting to rise from the dark. The duel is on.

Anjali Joshi grew up in Mumbai. Her penchant for unexpected twists in her tales can be squarely blamed on the childhood summers spent in her ancestral home. A place full of secret corridors, cupboards as Gandhian scholars, historians, Journalists’ books. A five-year stint as an air hostess, spent mostly staring down at passing continents and oceans from thirty thousand feet, taught her that the earth knows no borders. And so the mind humbly opened to accept all that the ether chose to download into it.

There is a rightful place for both the profound and the profane. Anjali has over two decades of experience in filmmaking—as a designer, visualizer, editor, writer, producer, and director. She is an international expert in 3D holography, clocking over four thousand shows. She currently lives with her two daughters in Hyderabad, India.

Raptor Rising by Anjali Joshi is a dark psychological crime thriller book. The story is set up in the Indian context. The story starts in the islands of Lakshadweep, where superstar Zameer Khan is seen shooting for his next project. One day he goes missing suddenly, and that’s where the actual story starts. A video that goes viral makes the readers suspect everyone that is introduced later in the story. But the author also has given a clear point that the killer is a woman!

The video is a stunt of Zameer Khan killing and his foes missing after the shooting. Thus the dots look connected. After this incident few more murders lead the readers to get a stance of a serial killer. Then comes the main character  Vikram, the cop who investigates the case.

Nicole, another main character on par with Vikram but on the parallel side, becomes a part of the investigation. At this juncture, Vikram loses his sister, and his interest in the case speeds up with more conviction. This is an unusual murder mystery that has many layers into it. The narration is quite engaging, and the writing style is descriptive and attention-grabbing. The strong female character is an attractive feature throughout the story. There are some places where readers will for sure enjoy the thrill ride. Regular readers who are primarily into such mystery novels will have a good time reading this. 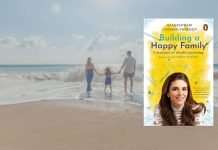 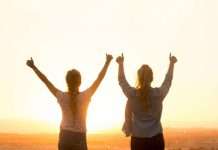