The Angels of Kailash is the second book by Shubira Prasad. This is a continuation of the first book, The Demons of Jaitraya. The book Demons of Jaitraya is about the demons that silently planned, escaped, and bluffed the mighty Hanuman in the war of Ramayana. They hid in Space, Earth, and Water and reappeared in the 20th century.

They hibernated for many ages and came back into the present times. Through the ages, the powers of the warriors have deceased. Earlier, one warrior could annihilate a hundred demons easily. Now, the line between good and bad has blurred due to crime, corruption, chaos, etc. So to kill the demon, Hanuman formed an army with Aishani and Adheesh, who have divine weapons and powers to kill the evils. These two kids are trained in the gurukul. The school of warfare was destroyed at the end of the first book.

The second book, The Angels of Kailash, now starts with the destruction of the school of warfare. The Guru and the Gurukul are killed and destroyed. The Garuda Devta attempts to bring him and others inured back to life, believing that herbs found in the mountain range of Kailash will bring him back to life. Thus, with the people and Adheesh and Aishani, all travel to Mount Kailash. Aishani, who has a good idea and knowledge of the herbs, tries reviving the dead souls with the help of Adheesh and others.

As this process goes on, the war between demons and Gods approaches its time too! Aishani and Adheesh also prepare themselves for the same. The characters of Aishani and Adheesh, who are warriors in their past lives and now in this life, still possess the blessed weapons and magical powers to fight the demons and evil powers that exist in the world; the author Shubira Prasad has woven an interesting tale. In the first book and this book, the description of places, sceneries, people, and situations create an imaginary and magical place in a reader’s mind.

The Angels of Kailash also has good explanations of the different philosophies that collectively make up the beautiful mosaic of Indian mythology and ancient knowledge. The author uses the mythological stories and the legends of Ramayana as the basis for her novel, as mentioned. The narrative technique she used is from a third-person point of view, making a reader an integral part of the story.

Impartial writing gives the readers enough space to study the plot and form their own opinions about the virtues and evils mentioned. With the engaging narration, great writing, beautiful first pages of every chapter in black, and sketches, this second book in the trilogy is a must-read. The book is recommended to all young readers too. The concept of ancient practices of bravery, martial arts, medicine, and mythology present in one book is interesting. WIll surely wait for the third book! 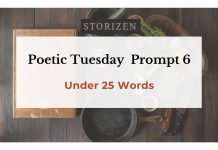 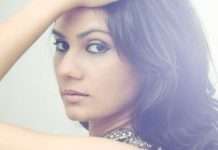 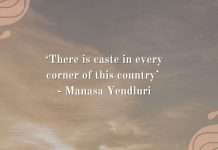