In 19th century India, deep in the heart of what is now the state of Jharkhand, the Adivasis have been leading a life of absolute misery and darkness. With the help of its scheming local collaborators, the colonial state has cast a net of abuse and exploitation that is tightening around these Adivasis, much like a hangman’s noose does.

Everything they hold dear – their land, homes, history, traditions, religion, families – has fallen victim to the grand colonial plan of building a magnificent but merciless empire for the Queen. However, when people are all but crushed into dust and their identities threatened with a complete erasure, they erupt like a hot, angry whiplash of fire with a roaring so loud that it reverberates in the very heart of the empire and sends a frisson of fear up the spines of those in power.

A fire that stokes a rebellion. And at the heart of this rebellion is the twenty-five-year-old Birsa Munda. He decides what must be done to save his community and leads the Adivasis in fighting back to reclaim their lives. A lion-hearted warrior. Healer. Spiritual guide. A forgotten hero. Based on actual events, this epic tale of courage is a tribute to the life of Birsa Munda, who, in his concise life, mobilized the tribal community, rebelled against forced conversions, envisioned a fairer, more just society, and died fighting for it. A thrilling account that chronicles what most history books don’t mention,

The Legend of Birsa Munda is the story of a subaltern tribal hero whose contribution to India’s struggle for independence must never be forgotten.

Tuhin A. Sinha is among the best-selling authors in India, a columnist, and a screenwriter. Tuhin is acknowledged among the most prolific Indian writers with a maverick knack to experiment with new genres. While his first book, That Thing Called Love (2006), was an offbeat romance, The Captain (2008) was a cricket thriller that explored the underbelly of modern cricket. Of Love And Politics (2010) was a political thriller. His fourth and fifth books, The Edge of Desire (2012) and its sequel, The Edge of Power (2013), can be called socio-political thrillers with a solid feminist skew. Daddy is Tuhin’s sixth book and his first non-fiction narrative.

Birsa Munda was a young freedom fighter and a tribal leader whose spirit of activism in the late nineteenth century is remembered to be a strong mark of protest against British Rule in India. Born and raised in the tribal belt around Bihar and Jharkhand, Birsa Munda’s achievements are known to be even more remarkable by virtue of the fact that he came to acquire them before he was 25. It is to be understood that he is an unsung hero. This book by Tuhin Sinha, with a mix of fiction and probably mostly the real-life of Birsa Munda, is a good work.

This is a work of historical fiction. Here in this book, the author tried to introduce and imbibe the flavors of patriotism and the lost heritage of freedom fighters. The book is to educate and inform the importance and greatness of Birsa Munda and such tribal leaders who contributed to the freedom struggle. Thus, the book can be considered as a book of heritage under historical fiction and can be read by any reader.

Indian freedom struggle is one of the most iconic incidents that happened in the world. There have been numerous books, plays, articles, movies, etc. forms where the heroes of the freedom struggle have been talked about. Meanwhile, there are many other prominent people who ate their own risk and power fought against the feudal system of the British government.

The latest mentions of Alluri Seetaramaraju of Andhra, Komaram Bheem of Telangana, and Birsa Munda of Odisha have gained prominence. In this connection, more details about Birsa Munda from some sources say that – During the period, 1886 to 1890, Birsa Munda spent a significant amount of time in Chaibasa, which was close to the center of the Sardars agitation.

The activities of the Sardars had a substantial impact on the mind of the young Birsa, who soon became a part of the anti-missionary and anti-government program. By the time he left Chaibasa in 1890, Birsa was firmly entrenched in the movement against the British oppression of the tribal communities.

On March 3, 1900, Birsa Munda was arrested by the British police while he was sleeping with his tribal guerilla army at Jamkopai forest in Chakradharpur. He died in Ranchi jail on June 9, 1900, at the young age of 25. Though he lived a short span of life and the movement died out soon after his death, Birsa Munda is known to have mobilized the tribal community against the British and forced the colonial officials to introduce laws protecting the land rights of the tribals. Birsa’s achievements as a young tribal revolutionary have continued to be celebrated over decades now, and he has successfully carved out a space for himself in popular and folk literature, academia, and mass media.

Thus this book is highly recommended to everyone who likes to read historical fiction.

How is the Narration:

The narration is incredibly engaging and attractive. Right from the birth of Birsa till the end of his struggle, the story goes with a flow that literally transports the readers into the lands and world of Adivasis.

Apart from the main character Birsa, a few other important characters make up the story. Every character has enough scope, strength, and importance. The introduction of the characters and the manner in which they dive into the story is engaging.

Tuhin’s writing is neat, honest, and to the point. He doesn’t rely on anything else but good writing. He uses his vast knowledge of history, facts, and elements of elements in making the story more readable. Nowhere in the story feels dull and out of focus because of the brilliant narration.

The grammar and vocabulary used in the book are apt for the subject and contents in the book. No complex words are used, thus making the book more receptive.

3. Perfect mix of facts and fiction

What could have been better:

The story is just fine, and now flaws are observed.

Knowing the unknown and diving back into history is quite a fascinating exercise. Through his book, author Tuhin Sinha takes everyone back into history and makes them taste the freedom struggle, the then British Rule, and the Adivasi/Tribal life. 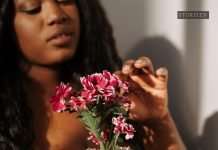 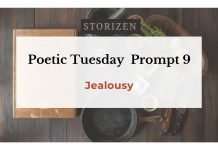 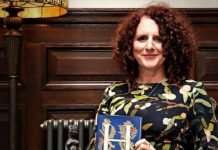 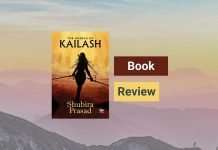