Book Title: The Other Side of the Divide
Author: Sameer Arshad Khatani
Format: Kindle

Book Title:
The title of the book ‘The Other Side of the Divide – The Journey Into the Heart of Pakistan‘ is very emotional, intriguing, and special.

Book Cover:
The cover image of the book is a beautiful art with bright colors, flowers, and leaves. The title and the image set a compulsive mood to read the book.

About the author:
Sameer Arshad Khatlani is a journalist with Hindustan Times. He was a senior assistant editor with the Indian Express until June 2018. Born and raised in Kashmir, Khatlani began his career with the now-defunct Bengaluru-based Vijay Times in 2005 as its national-affairs correspondent. He joined the Times of India in 2007. Over the next nine years, he was part of the newspaper’s national and international news-gathering team. Khatlani has reported from Iraq and Pakistan and covered elections and national disasters. He has a master’s degree in history from Jamia Millia Islamia in New Delhi and is a fellow with the Hawaii-based American East-West Center, which was established by the United States Congress in 1960 to promote better relations with Asian and Pacific countries.

Pegged on journalist Sameer Arshad Khatlani’s visit to Pakistan, this book provides insights into the country beyond what we already know about it. These include details on the impact of India’s soft power, thanks to Bollywood, and the remnants of Pakistan’s multireligious past, and how it frittered away advantages of impressive growth in the first three decades of its existence by embracing religious conservatism. The book profiles extraordinary people-lawyers, poets, musicians and, even a former military chief-who stood up to an oppressive state. It has historical anecdotes, like the story of an ordinary woman who became the ‘muse and mistress’, and often the ‘brains behind the regime of a swinging general’ who led Pakistan to ignominy in the 1971 war, that of a Sikh family which dared to swim against the tide to stay back in Pakistan after Partition, and a prostitute’s son who uses his art to humanize commercial sex workers in defiance of a conservative society. The book attempts to present a contemporary portrait of Pakistan-where prohibition remains only on paper and one of the biggest taxpayers is a Parsee-owned brewery-as a complicated and conflicted country suspended between tradition and modernity.

It was during the year 1996 Pepsi Sharjah Cup, India vs Pakistan match which ignited the 13-year-old teenager in me woke with a feminine feeling when Saqlian Mushtaq, Pakistani bowler was bowling. Since that moment I have created a huge crush on him. But, there was a Catch-22 situation that whenever there was a cricket match between Indian and Pakistan, there was a different mood in the house and inside me and never ever got a chance to express my attraction towards Saqqi. It was later during my young adulthood I could sense and understand why is this ill-feeling towards the country and the team is developed. It was then I got to read a book on partition in 1947. Since that day, I always had in my mind what must be in the minds of the people who follow religions other than Islam in Pakistan. Again, I had no good soul in my fraternity who would explain to me.

It was in 2013, a Telugu movie named Sahasam, based on the Hinjala Devi Temple,  in Pakistan took over my mind again. The temple is one of the 108 Shakti Peetas in Hindusim. When I have come to know that the temple is in Pakistan, it blew my mind off. I cursed myself for being so dumb and thus my reading about temples, Hinduism and lives of people who chose Pakistan after the partition has begun. I have followed many videos, white papers and, books based on this topic but never came across a perfectly articulated book.

Every once in a while, it is not so surprising that we come across certain books that have the power to surprise or shock us. But this book that started on a different node has completely changed the tangent of thinking once I reached the end of the book. This book not only gave me so much information but also made me emotional. Each of the stories inside the book is so heartening to read that the readers inside travels along with the author and his beautiful narration. The hard truths and bitter things we usually hear from some of the media houses, people, articles and etc medium all stand obsolete once the intent of the book gets into our minds. It’s all the same on the other side of the line. The author has fantastically explained his journey from the moment he applied a Visa to Lahore until he wrote this book. It’s a feast to the readers who always look for an adventurous yet soulful read that will insatiate the thirst to read a ‘Good Book’.

This is definitely and highly recommended book and during these times of lockdown, it a must-read to understand that everyone, at last, is made up of flesh and bones and are called humans no matter whatever the situations were, are, and will be. Thank you so much Author Sameer for making my reading hobby worthy and meaningful.

1. The misinterpretations that usually build up in one’s mind about Pakistan as a country and that it that hates Indians are presented very nicely.

2. Many unknown facts that date back to times before 1947 are described interestingly.

3.  The fact that there is an unknown side inside the lives of the people of Pakistan is coherently illustrated.

4. The real stories that the Author has picked up and explained in the book are things that everyone might have once thought at least for a second.

5. It is always a trivial situation where the thought of people who chose to live on the other side of partitioned land are named with unwanted names

6. Though many people since decades have written books on Indian, Pakistan before and after partition, this book for some reason has a profound effect due to the facts mentioned.

What I didn’t like:
There is absolutely nothing to dislike.

Narration:
There are some books that create a fictional world with the fictional characters of the book. There are also books that take the readers into a virtually created real world that holds great history, unknown facts and, known absurd theories. This is one of such books that took me into an illusion with reality, that is quite contradicting. This credit in a positive way goes to the author who has narrated unknown facts and aspects in the most interesting manner.

Language & Grammar:
An impeccable language with rich vocabulary is found in the book. The flawless English language creates an extra pole of interest while reading and here the author has done exactly the same. His experience reflects in the language used in the book.

My Final Verdict:
An extremely interesting book about the then days before the partition 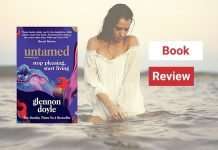 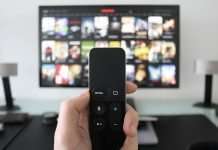