The story of the Shiva trilogy is based on a concept that all Gods were once human beings; it was their deeds in the human life that made them Gods.

The first book, “The immortals of meluha” starts by showing Shiva as a 21 year old tribe leader.  Along with his tribe, he migrated to Meluha, in search of safety and shelter.

Meluha empire is ruled by Suryavanshis who claim to be descendents of Lord Rama. Survyavanshis are facing devastating terrorist attacks from Chandravanshis with support by Nagas. Nagas, are a neglected race of deformed humans with astonishing martial skills.

Suryavanshis believed that their Savior will appear. When young Shiva developed a blue throat. they were convinced that Shiva was indeed the Lord Neelkanth. Shiva refuses to believe that he is divine but everyone else completely trusts in his divine power to save Suryavanshis. It is in this unlikeliest of situations that he meets the beautiful Suryavanshi Princess Sati and he knew it was love at first sight.

Will Shiva will be able to live up to Suryavanshi’s expectations, read the book to find out.

The secret of Nagas start with showing Shiva a confident man, well settled with his wife – Sati. But his heart is wounded as his friend Brihaspati was killed by a Naga.  He becomes obsessed with hunting down the Nagas, and particularly that one specific Naga.

The story takes an unusual turns as Sati realizes that Kali, Queen of the Nagas, is her twin sister. She was deemed to be a Naga because she was born with an extra pair of hands. The second Naga is Ganesh, because he was born with facial deformities, which made him look like an elephant. Ganesha was Sati’s son from a previous marriage.

When shiva with his troop reached the kingdom of Nagas, he was in for a big surprise. To know what happened next read the book.

The oath of the Vayuputras, final book, starts with Shiva preparing for the holy war against his deadly enemy, a Naga. In this mission he takes help of Vayuputras. The Vayuputras were assigned divine task of helping the next  incarnation of Lord Rudra —Shiva — with his mission. In the process Shiva also has to find out the answer what is Evil? and what is His Role as Neelkantha. It was then he learns about the trinity – Brahma the creator, Vishnu the preserver and Mahadev the destroyer. So, what happens to his mission, his body and most important his soul? read the book to find out.

Book Release: The Secret Life of Writer by Guillaume Musso 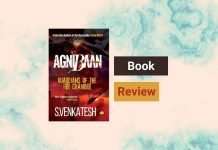 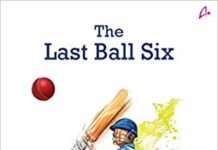 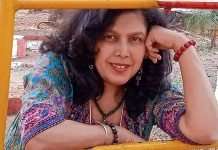 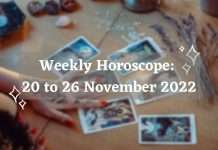