Book Title:
The title of the book ‘The Silent Patient‘ is mysterious and elusive

Book Cover:
The cover image of the book is abstract and minimal with a single chair with a fairly even colored background. The eeriness created is absolutely interesting.

My review:
As per the plot and the story-line, this book is a psychological thriller and a story Alicia Berenson, a good artist, the wife of a renowned fashion photographer,  Gabriel. The story starts with Alicia killing her husband for a reason that is unknown until the end of the story. She has never said a word after she killed her husband and thus she becomes mute for almost six years.  It comes a shocking that she killed her husband because both were in love with each other so much and are married for 7 years. Even in the court, the trial, and the proceedings she doesn’t open her mouth and utter a single word about what happened.  This grabs a lot of attention from everywhere.  Therefore, she is taken away from the media attention. Her silence pays her a great price and thus she then gets transferred to a mental medical facility called Grove because of her acute muted behavior.

Theo Faber, a criminal psychotherapist and an admirer of Alicia’s painting that was auctioned for a great bid after the murder took place gets assigned to work on the case. One fine day he happens to visit the painting exhibition and sees Alicia’s paintings. As an admirer of such artwork, he observes some melancholy in her work.  He determines himself to make her talk because she is the only person who knows why she killed Gabriel and what made her kill. Though Theo faces many opposing factors, he however braves them all.

This is where the story turns into a perfect hypnotic and mind grilling saga of twists and turns. The story travels from one point to another. The story is narrated from Theo’s perspective. The story also oscillates between Theo and Alicia’s sub-plots. This part of the story is very handled by the author. Being a debutant framing this kind of complex back story is appreciable. One of the points that will really stand as a highlight is the usage of Greek tragedy in the story. The Greek historical story of the woman who killed her husband Admetus pops up in the story when Theo finds some mystery that he can solve in Alicia’s painting named Alcestis. This gives Theos a lead to get deeper into the mystery. He then strongly decides to himself that he will make her talk.

As the story goes further, topics like unhealthy and unhappy childhood, abusive parents and relatives, etc., are addressed very humanly. Almost every character in the story had some hint of deception to them, a story of them, and lie they were carrying. Each of the stories is graver than others. The readers might find it difficult to guess who is truthful and who is making up a lie.

Narration:
The author has taken the role of an awesome narrator in this book. I have to use this phrase because, the story though oscillates between past, recent past and present timelines, the narrative in which the basic plot runs is just brilliantly handled. The psychological aspects in the book which are the backbone of the story are incorporated perfectly.

Language & Grammar:
The book has a very fine language with a rich vocabulary.  With a nice and gripping storyline, the powerful language and its constructs made the book look richer in literary terms. The language becomes more classic when the story gets permeable with the concepts of Greek myths.

My Final Verdict:
Good work from a promising debut author 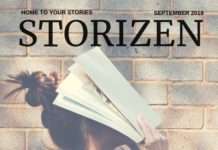 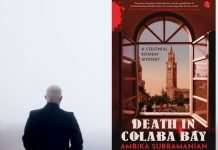 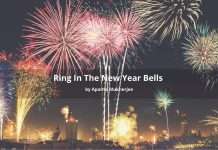 Book Review: Parenting in the Age of Anxiety by Abha Adams