The second book of the Bharat Trilogy by the author J. Sai Deepak is an attempt to explore the combined impact of European & Middle East coloniality (a term Sai coined in his 1st book) on India. It tries to comprehend the cogitations of the Constituent Assembly by analyzing events between 1905-1924, with a very detailed prelude that examines the origins of pan-Islamic movements of the 18th & 19th centuries in the Indian subcontinent.

Dissecting the popular narrative that it was the Partition of Bengal in 1905 which sowed the seeds of Pakistan, Sai analyses the background of pan-Islamic movements like the Fiarizi & the Wahabbi. The book takes us back in time identifying six Islamic movements having a coherent source dating back to the early 18th century.

Amidst the weakening of the Mughals & the Ottomans, the early 18th century raised concerns for prominent Islamic intellectuals of those times. The emergence of Shah Waliullah Dehlawi & his attempt towards Islamic reformation in the mid-18th century by integrating the Muslims of the Indian subcontinent with the global ummah precedes the partition of Bengal by more than 150 years.

Digging deeper, the author sees it as a continuation of the process started by Syed Ahmed Sirhindi who was a contemporary of Mughal king Akbar.

Sai builds upon his arguments with meticulous research and cites examples from Islamic scriptures and speeches of prominent Islamic scholars.

The book India, Bharat and Pakistan by J Sai Deepak tries to debunk the concept of two nation theory as a 19th-century phenomenon & in the process identifies Syed Ahmed Khan as a small part of the larger seminary that actually started to proliferate two centuries before his birth.

Consequently, it also rejects the Divide & Rule policy of the British as the sole cause of partition. Sai elaborates that the British merely took advantage of a pre-existing division, they didn’t create one. Being a trained lawyer, Sai provides abundant evidence to support his argument.

The author has also explained the adverse impact coloniality could have had on the collective psyche & fortunes of a civilizational state like India. The Lucknow Pact of 1912, the Khilafat movement of 1919, and the origin of moderate nationalism under Congress led by Gandhi; all such themes have been explored through detailed analysis of primary references.

Sai has a mellowed take on Gandhi’s support of Khilafat as he shows it to be the prevalent position of Congress much before the advent of ‘Mahatma’. Though his book gives a bloodcurdling account of the Moplah killings, it leaves the readers to decide and attach a label: be its religious fanaticism, tenancy-related grievance, anti-colonial sentiments, or a combination of all of these.

Sai has tried to take on the colonial & post-colonial narrative on India’s partition and hence the ample references and citations to state the unstated, with credibility. In this process, the book takes a rigorous and ponderous form, which may not find favor with the new generation brought up on instant gratification. Citations running into several pages are never an easy read.

A certain other generation would be uneasy, the one which finds its postulates and historical learning first challenged and later demolished. One hopes those who disagree with Sai would at least take a leaf out of his method & counter with facts and primary sources alike. It would certainly enrich the discourse which is an important factor that motivates an author to pick up the pen.

Kanishk Shekhar is a book reviewer, educationalist, and political analyst. 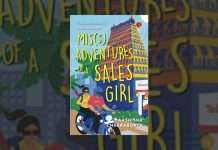 Let’s meet over a cup of coffee… 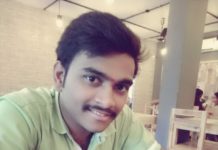 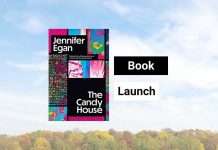 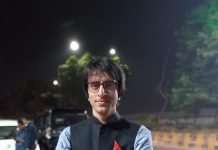