About the Book: Published in 1987, the crime thriller Knots and Crosses was Ian Rankin’s key to the Inspector Rebus series. The story is spun around John Rebus, a detective sergeant who is introduced as being messed up and lonely. A postgraduate student at the University of Edinburgh, Rankin most certainly has highlighted a different side to the picturesque city – a quick explosion of flavors of crime and action.

Synopses: Things aren’t going well for the army return, Detective Sergeant John Rebus when we first meet him. He’s smoking and drinking too much, trying to soak in the facts of his broken marriage with Rohana, who has taken their daughter Samantha along. The story unwraps with the scene of a small kid being strangled. Yes, Edinburgh has a serial killer on the loose, kidnapping and killing young kids. And you guessed it right! Rebus, along with Gill Templer and many others, is posted to investigate.

Just like his name, an enigmatic puzzle, Rebus has been portrayed as a troubled man, “a flawed hut humane detective”. Something haunts Rebus, recurring visions and dreams. But no clue to this peculiar behaviour is reviled until the end. Apart from this, the inspector has also been receiving random notes, with knots or crosses along. Is this some kind of prank played by a weirdo? Or has it anything to do with the murderer? Nonetheless, Rebus chooses to ignore them.

It takes a while until he realizes that this series of murders are in fact intensely personal. What is the connection between the abducted kids and Rebus? Is Michael, his blood-brother involved? Who is “his” next target? Hold on to knots and crosses till the end to get this ‘enigmatic puzzle’ explained!

My Verdict: Rectos of Knots and Crosses certainly couldn’t knot me up until the last lap. I felt the pages were overflowing with the emotions and thoughts of a messed-up DS. Rebus has been characterized to be extremely different from the detectives we are adapted to. A squiz at Rankin’s work and we would realize that Rebus is nothing but extremely humane. No super senses of finding abstract or obscure clues. Even so, the storyline and its good presentation style are appreciable and I would give it a 3.8/5, with an overall rating of 3.5/5.

Though “There are clues everywhere”, “there were no clues worth going on” – Yes, I personally missed getting sucked into the world of detectives, trying to solve the case along with the protagonist. Knots and Crosses can be labeled as one of those thin, quick reads. I wouldn’t par it with my favorites, but it certainly prickled my interest to get more of the Rebus series.

About the Author: Ian Rankin (Jack Harvey) is a celebrated Scottish crime novelist who is best known for his works of John Rebus. He is one of the writers who contribute huge proportions of crime novels sold in the UK. He has won copious prizes, including the honored Crime Writers’ Association Diamond Dagger. His works have been translated to over 30 languages. 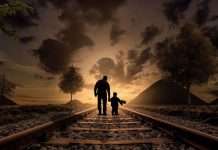 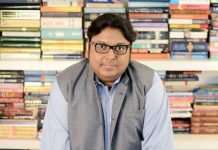