My Thoughts:
This book, Queen of Fire specifically talks about the story of Jhansi’s courageous woman, Rani Lakshmi Bai. In historical fiction, the setting is the most important literary element.

The genre of historical fiction in children’s literature includes stories written to portray a time period or convey information about a specific period or a historical event.

Because the author is writing about a particular time in history, the information about the period must be accurate, authentic. This book, Queen of Fire between all the existing stories on her, stands apart because of its great storytelling.

Order your copy of Queen of Fire here

What to expect from the story?
Expect a sensible and inspiring dramatic re-telling of the story of our very own Jhansi Ki Rani – Lakshmi Bai!

Who can read?
This book is a must-read by any reader interested in the historical fiction genre. It can mostly be recommended to today’s young and teenage children to understand how brave the yesteryear queens were.

How good is the narration?
This book, Queen of Fire by Author Devika Rangachari is an excellent attempt at re-telling the story of Rani Lakshmi Bai. This book tells the story of the brave queen and fearsome warrior who was one of the initial revolutionaries who revolted against the British during the 1857 revolt war.

The book focuses on a female warrior that reflects the power of a woman. Devika Rangachari illustrates a detailed portrait of how a young, newlywed, and widowed Lakhsmi Bai took over the charge of the kingdom, fought against the British aristocrats that resulted in a great revolt against the then East India Company. Her brave step in leading revolutionaries is quite inspiring

How good are the language and grammar?
Simple and general English language is used in the book. However, the book makes use of rich and elegant language. Any reader would benefit not just from the story but also from the language used. Author Devika is known for such writing, and the same is observed in this book too!

How good is the author’s writing style?
Author Devika Rangachari is a well-known writer in children literature. She is an award winner for her works. The young readers have consistently embraced her work in historical fiction.

Also Read: The Demons of Jaitraya

Her elegance in language and expressive storytelling is impeccable. She is one of those writers working hard to bring forward gender-sensitive historical fiction for children and young adults in India.

In this book, Queen of Fire author Devika has taken every pain to showcase the queen of valor, Jhansi Rani, aka Rani Lakshmi Bai as a strong woman, wife, mother, patriot, and warrior.

No stones are left unturned in illustrating the feminist angle to today’s youth, making them realize that women are no less powerful, mentally and physically!

How entertaining is the book?
India is a country with vibrant history dated back ages ago. Unlike now, where there are no women in the highest ranks or ruling the country, we had many famous queens back in the past right from the known periods.

They all were the rulers!  Rani Padmini, Rani Chennamma, Razia Sultana, Ahilyabai Holkar, Meera Bai, and the very courageous Rani Lakshmi Bai were the most famous and known.

Rani Lakshmi Bai, or as she is famously known as Jhansi Rani, dates back to the early days of the Indian Freedom Fight.  She is the epitome of courage and a fear-less attitude since her childhood.

Also Read: Hunted by the Sky

This is one of the most enchanting stories that every Indian or a reader of historical fiction has read. This book by Devika Rangachari, which re-tells Jhansi Rani’s story, is an absolute treat.

Final Verdict
The story of the queen of Jhansi, re-told! 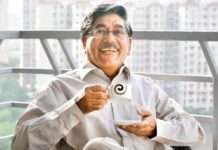 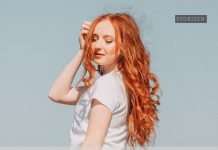 Exploring the Urban World With Estuary