Review:
This is the 21st Generation, and we have Gen X and the next generation citizens reigning the world. But what remains unchanged is the ever debatable books or epics like Ramayana and Mahabharatha. Also, it is to be observed that the women characters of these epics that were once confined to only the tales and the books are now being studied in detail.

There have been many books in the fiction genre emerging with this as the central topic. The female protagonists of the stories are the reflection or the mirror images of the then-women characters but in a new avatar! Be it queens or princesses or warrior princesses, many of them are inspired by these two epics.

In this connection, talking about Ira Mukhoty’s book – Song of Draupadi stands apart!. Apart from the mentions of the ever-talked superheroes of the epic story, the main focus on the character of Draupadi is something worth reading.  Mahabharata itself is a massive treasure box of tales in it, and weaving them together with Draupadi as the central character makes the book interesting.

Ira Mukhoty is one of the celebrated writer\author for her previous works and exclusive characterizations. Though they may not please profound literature acumen, the detailed writing and sub-stories written out of fiction will surely entertain the readers who look for novelty in old stories. This trend is quite popular in today’s Indian fiction writing.

Many other contemporary authors took myth-fiction as the main subject and woven iconic stories that went on to create a tide for nearly a decade. There have been new women authors who focused on the women characters from the epics, and Ira joins the group of these writers who primarily focus on the women characters.

There is a lesser book that discusses or talk about the women characters who took life-changing decisions, who were strong enough to hold the significant loss that occurred to them and their families,  who were brave enough to fight with the most demonic men, who were brutally virtuous to defend their integrity and many such.

Though these women are merely mentioned, there are certain women characters who are never even discussed. In this book, Ira Mukhoty also focused on Drapadi’s mother and her helping-aid in detail that is worth mentioning.

The Song of Draupadi’s book cover is an intense art of Draupadi depicting many emotions in her face. The magic of modern art in showing Draupadi will surely make the readers pick up the book. The language in the book is simple and straightforward. Though the vocabulary seems not to make a great impact or is pleasing, the grammar is fine.

The narration, which is as smooth as water, also illustrates Draupadi’s longing and unconditional love towards Arjuna. The ever-debatable system of patriarchy is logically yet thematically described through many events\incidents.

The narrative of Mahabharatha takes a new face when the story is re-told from a woman’s perspective, and this is proven here. This talks about the amount of research and study that the author has done for Song of Draupadi. In one of her previous interviews, author Ira Mukhoty said that when she checked on the female characters from epic books like Ramayana, she wanted to explain to her daughters and was astonished that no such study in details was present.

These women from the warrior lineage are often portrayed as submissive, weak, and male-obedient characters. Taking into account then and now prejudices, situations, could-have-been-the-reason type decisions, physical and appealing descriptions, this book – Song of Draupadi is an assertive expression of Mahabharatha. 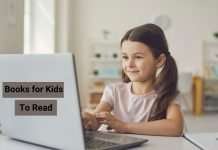 My Path to Get Published – Indrani Bhattacharyya 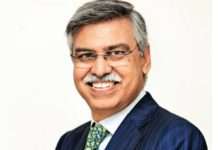 ABOUT US
Empowering Authors, Bloggers, and Writers around the Globe.
FOLLOW US
© Storizen Media | All Rights Reserved
We use cookies on our website to give you the most relevant experience by remembering your preferences and repeat visits. By clicking “Accept”, you consent to the use of ALL the cookies.
Do not sell my personal information.
Cookie SettingsAccept
Manage consent

This website uses cookies to improve your experience while you navigate through the website. Out of these, the cookies that are categorized as necessary are stored on your browser as they are essential for the working of basic functionalities of the website. We also use third-party cookies that help us analyze and understand how you use this website. These cookies will be stored in your browser only with your consent. You also have the option to opt-out of these cookies. But opting out of some of these cookies may affect your browsing experience.
Necessary Always Enabled
Necessary cookies are absolutely essential for the website to function properly. These cookies ensure basic functionalities and security features of the website, anonymously.
Functional
Functional cookies help to perform certain functionalities like sharing the content of the website on social media platforms, collect feedbacks, and other third-party features.
Performance
Performance cookies are used to understand and analyze the key performance indexes of the website which helps in delivering a better user experience for the visitors.
Analytics
Analytical cookies are used to understand how visitors interact with the website. These cookies help provide information on metrics the number of visitors, bounce rate, traffic source, etc.
Advertisement
Advertisement cookies are used to provide visitors with relevant ads and marketing campaigns. These cookies track visitors across websites and collect information to provide customized ads.
Others
Other uncategorized cookies are those that are being analyzed and have not been classified into a category as yet.
SAVE & ACCEPT
MORE STORIES