Book Title: The Demons of Jaitraya

The cover image of the book is an attractive picture of the head of Trishul with ocean water as the background. This digitally created image is colorful and captivating.

The book, “The Demons of Jaitraya” is a myth-fiction of all the elements like past lives, karma, spirituality, demons, evil forces. war sagas etc. With many interesting characters like Aishani and Adheesh, this book is magical, colorful, and thrilling.

Get your Copy of the book here – Amazon

Aishani is a powerful female and Adheesh, a perfect complement. In this part of the story, a mantra called Narayan Astra is introduced.

The book is a perfect combination of traditional values of wisdom and strength and mythological aspects. There is war, there is love and there is a fight.

As the blurb already states that the epics say, in the great War of Ramayana, several rakshasas escaped. They hid in the bowels of the Earth, in the water and space, and remained dormant for eons.

In the 20th century of the Christian era, however, some of them reappeared in different forms to plague the Earth with Wars and illnesses. At the end of his war with Ravana, Rama had asked Hanuman to raise and train a contingent of warriors who would take birth multiple times on Earth, to contain the demons.

This being the central idea of the story, with the characters of Aishani and Adheesh who are warriors in their past lives and now in this life still possess the blessed weapons and magical powers to fight the demons and evil powers that exist in the world, the author Shubira Prasad has woven an interesting tale.

The description of places, sceneries, people, and situations create an imaginary and magical place in a reader’s mind. The author’s imagination when gets replicated in a reader’s mind can be said that the story is just awesome. It is the same here.

Right from the prologue till the last chapter where Guruji, the other most important character in the story, reveals that in the coming days most of the Gurukuls will b under attack and the thoughts that cross over Aishani’s mind is brilliant. The last chapter hinted to me that there will be the next part of the story too.

The book has good explanations of the different philosophies that collectively make up the beautiful mosaic of Indian culture. The concept and explanation of 8 Sthanas intrigued me very much also the concepts of universal energy, karma, and dharma are put forth interestingly.

The author uses the mythological stories and the legends of Ramayana as the basis for her novel. The narrative technique she used is from a third-person point of view that also makes a reader an integral part of the story. Impartial writing gives the readers enough space to study the plot and form their own opinions about the virtues and evils mentioned.

Overall, the book is a fantastic thriller that starts from the point right after the Ramayana war. The Demons of Jaitraya by Shubira Prasad is a thriller set in the current times where the earth is seeing gruesome killings and mass illnesses and it’s now upon the brave warriors of Hanuman to free it from the clutches of the demons that are back from hibernation.

The comfortable size and style of the font used in the book are worth mentioning.

The story starts with Lord Rama explaining Hanuman about the coming of Kaliyug, his own descend to Vaikunth, and Hanuman’s responsibility to safeguard the earth from all kinds of demons both the inner and outer.

He also says that in need of the hour, in Kaliyug he will be the Kalki and come back to earth. Hearing this, Hanuman bows down and all the five elements also support. Here, the author in a small skit showcased the great relationship build upon love, respect, and discipline between Rama, Laxman, and Hanuman. Rama’s character also shows his responsibility subtly.

Later, from the further chapters, the readers come across the characters of Aishani, a psychology student and one of the central characters in the story, her father Pandit Ram Sharan who is an ayurvedic doctor, her brother Jayant and her mother.

The characters here in this chapter are full of life and jubilance. A scenic impression is instantly created after these characters are introduced. There are so many details about their house, the birds they have, and the plants their house has. These tiny details make a reader more comfortable and thus get connected to every character.

Going forward, many characters that are introduced in the story that has to make a face-lift to the story. The character of Adheesh is extremely fascinating too.

Being a school teacher for many years, Shubira Prasad has embarked on her journey as a writer after her professional retirement. In one of the interviews, she says that ‘ I have not retired, but changed my occupation ‘ With this great zeal and confidence, her book ‘The Demons of Jaitraya‘ is one of the best myth-fictions that I have read in 2020.

The story is a perfect blend of modern-day evils and happenings and the great epic Ramayana and its characters. Whether it is a conversation or a scene or a war sequence, the author’s writing has hooked me. The explicit narrations and the language are an added advantage.

The tiny and short stories from Indian Mythology have always been an icing on the cake to the readers of any age. This book by Shubira Prasad starts from the point where Lord Rama along with the Vanarasena and Hanuman has won the war against Ravana and his clan.

As there are quite a lot of known characters and virtues that have been imbibed into every Indian mind, this book thus can entertain a reader of any age. The book is a feast for myth-fiction lovers. 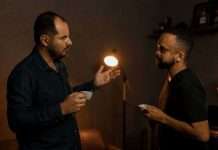 Who is the Questioner? 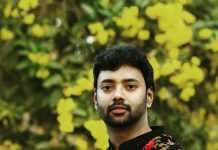