Book Title:
The title of the book is ‘The Last Avatar(Age of Kalki 1)’ is intriguing.

The cover of the book by Vishwas Mudgal, “The Last Avatar(Age of Kalki 1)” is a digital painting of a stout and masculine personality holding a sturdy mace in one hand, a flash of lightning, and a blazing sword in another hand. Most of his body is covered with metallic armor which reminds us of the structure of the robot.

Get your copy of The Last Avatar: Amazon

The scene clearly gives an idea that the character is in the battle with an angry face and ready to attack position. The character on the cover page will remind us of the legend in the Hindu mythological stories, Lord Hanuman.

The incarnations of the supreme powers in the mythologies have saved the earth from the demons, criminals and other dangerous people who destructed humanity and the peace and performed violent activities. Even today we see such bizarre activities all over the world. Who will be the saviour to save the world from the criminals? The Kalki is said to be the incarnation of Lord Vishnu.

When there is chaos, huge riots, wars, and less peace in the world, then raises the mighty and powerful avatar Kalki, to destroy the pessimistic powers. The author has narrated a unique story where mythology and technology meet.  The powerful characters hop into the scenes and grab the attention of the reader.

What situations will invoke the magnificent character Kalki? Who is Kalki? Who are by the side of Kalki in this great battle? How the technology and the ancient characters synced up? Will they win over the battle? Will he save the whole of mankind and save the peace in the world?

1. The narration of the story and the twist in the last chapter is awestruck.

2. A unique and never tried before a blend of technology and mythology is the best part of this book.

3. Mind gripping narration and the characterization.

There are no faults in particular in the story. The characterization and the sequences of all the scenes are done in a perfect way.

Characters:
The protagonist character and other main characters are portrayed very well.

Other characters like Naushan, Neel and others have given the utmost importance along with the main character.

The climax bang and reveal of the marvel is done in a spectacular way.

Narration:
The narration and the scene symphony is excellently done. The reader will have the best experience while reading the same.

Language & Grammar:
A clear language with neat and uncomplicated grammar is used in the book

My Final Verdict:
A good and unique read, which will leave you thrilled and all excited. Waiting for the sequel. 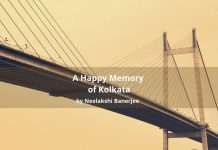 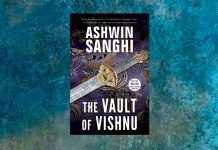 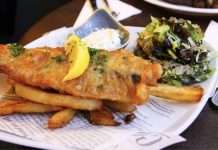