Valley of Red Snow: Kashmir Beyond 370, authored by eminent Senior Broadcast Journalist – Jitendra Dixit, is a collection of thoughts and an overview of the developments in the Kashmir Valley post the abrogation of Article 370 of the Indian constitution.

The story of Kashmir has been told time and again by various people. Since Independence, many things have changed and taken a new form, but politically, the fate of Jammu & Kashmir was always a point of discussion.

In this context, abolishing Article 370 is considered a historic step, but the question arises as to why Jammu & Kashmir was given special status from other states of India under Article 370 and Article 35A.

The recent Bollywood movie – The Kashmir Files has gained a lot of momentum, and man sections of the people in the country have shown their solidarity towards the killed people back in the early 1990s. Similarly, more awareness of the informative issues on the Kashmir side has been read and understood by most young people through books, articles, podcasts, stand-up shows, and news channels.

As said, everything happens for a reason, this book by Jitendra Dixit, who, by his experience as a journalist, understands more about the situation at a ground level, bringing out this book is almost a boon. More such books must be read to understand the reality.

Valley of Red Snow is divided into sixteen chapters and three main sections. The first section gives an outlook on the 2014 elections, the Pulwama attack, and related incidents. Section two has chapters related to the abrogation of Article 370, Bifurcation of Jammu, Kashmir, and Ladakh, the role of BJP and RSS, URI incident, unfortunate and dreadful incidents in the valley, stone pelting, politics and etc.

The next section is about the new vision, fate of Kashmiri Pandits, governance, education, and development. It is a known fact that there is a nominal 40% decline in the Kashmiri Youth’s participation in political rallies and other radical processions.

The language and facts stated in the book are informative and educating. As commented by the ace film-maker Mahesh Bhatt, this book is an attempt to objectively narrate the changes in Kashmir through extensive ground reports.

The Girl in a Champagne Yellow Dress Story Of My Life – Anubhav Agrawal 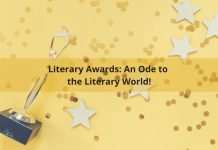 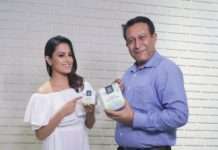 Book Review: Call Me Saaya – A love story you can’t...