The best pass time of all the things is watching a good movie. One can play a sport, one can talk at length on the phone, one can read a book, but a good movie – is a treat to self. In all of these, I would prefer to read a book, but it’s also evident that some of the great movies of all time are based on books.

This adaptation of the classic by Harper Lee in 1962 focuses on the active characters created by the author in the book. This Pulitzer Prize-winning novel is indeed an awesome story both to read and to watch. The film was directed by Robert Mulligan.

2. The Fault in Our Stars

Get your copy now.

This Romance Novel by John Green was adapted on screen in the year 2014. Directed by Josh Boone and starred Shailene Woodley, Ansel Elgort, and Nat Wolff, the story is about two teenage cancer patients begin their journey to meet a reclusive author in Amsterdam.

The book won the Goodreads Choice Awards Best Young Adult Fiction in 2012 and was chosen as TIME Magazine’s #1 Fiction Book of 2012.

This novel by Winston Groom is number three on our books to movies list. It won six Oscars. Tom Hanks played the lead role in the film. Directed by Robert Zemeckis, the story is about an Alabama man who desires to reunite with his childhood sweetheart and his journey through various historical events.

The movie is surely a delight to watch especially when it’s Tom Hanks!

4. The Lord Of the Rings

J.R.R. Tolkien’s novels are a treat to read and the book to movie adaptation by Peter Jackson is surely a delight to watch. My all-time favorite, the movie actually streamlined the novel well. The fantasy novel is depicted so realistically in the movie adaptation that I, for once believed that it’s actually the reality.

The movie is a perfect example of hope, heroism, and despair. A must watch and a must-read!

How can one forget this one by J.K Rowling! This book to movie adaptation stole the hearts and instantly became a love for the kids. The Harry Potter series is eight film long sports four directors and two screenwriters. The story evolves from the children’s tale to a more morally complex, darker story.

The magic, the evil, and the special effects that this movie series has are pleasurable and fun to watch! I personally liked the second part, ‘The Chamber of Secrets’.

Lauren Weisberger’s novel is on number six in our books to movie adaptations. Unlike the novel, the film is an improvement over the book. The book offers a very different, emotional ending whereas in the film directed by David Frankel, the villain character played by Miranda Priestly is more sharpened to give a wonderful ending to the 2006 film.

This 1999 film by David Fincher of Chuck Palahniuk is number seven in our books to movie adaptation. It keeps more or less everything but also provides a different, more traditional structure to it.

The books are more about rage and frustration, the film is about the modern-day culture and the overall concept of muscularity in the modern-day world. Whatever the case may be, this Brad Pitt and Edward Norton starred is a classic piece of cinema and a must-watch.

How can I forget this classic horror film? This is an adaptation of the novel by William Peter Blatty and the film was directed in 1973 by  William Friedkin. It still gives me Goosebumps watching this film.

The fact that the discomfiting visuals in the film due to the unusual supernatural events makes the overall feel spooky.

Mario Puzo’s novel was a screen adapted by Francis Ford Coppola. The novel is an absorbing, dark thriller that fascinates, horrifies, and entertains. The Al Pacino Starrer movies are two of the best films ever made (one in 1972 and the sequel in 1974) are still considered to be two of the best films ever made and won Oscars for The Best Adapted Screenplay and the Best Picture.

Subscribe to Storizen Magazine to learn more about your favorite authors and get the latest news about the book publishing industry.

The Blurry Face on a gleaming Diwali Night – A Short... 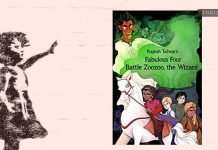 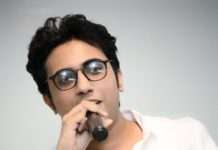 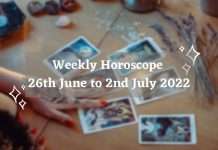 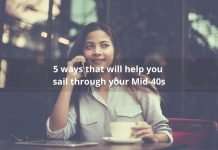