Storizen
Home Books Neeraj Chopra: From Panipat to the Podium Neeraj Chopra, the 23-year-old from Haryana has scripted history as he has become independent India’s first gold medallist in athletics and second overall gold medallist overall.

The long-cherished dream of a billion Indians was fulfilled on the night of 7 August 2021 when Neeraj Chopra won a gold in javelin at the Tokyo Olympics 2020. The wait, though, had been very long. In fact, since the inception of the modern Olympic Games, this is India’s first individual gold medal in athletics. When he did it in his characteristic style and smile, the entire country showered him with love. The media went into a frenzy and the youth found a new inspiration.

Get your copy of the book now from: Amazon

People thronged to get pictures clicked with him and brands found a new wonder ambassador. Neeraj Chopra: From Panipat to the Podium begins in a small village in Panipat and recounts his formative years that were characterized by limited means and facilities. It takes readers through his journey to Panchkula and then to the national camp in his quest to conquer the world.

“I see so much potential for Indians with the javelin. More and more, they’ll see what we’re achieving and be inspired to pick up a javelin themselves.”

Arjun Singh Kadian is an academic and policy professional based out of offices in Haryana and Delhi. A geologist by training, he graduated from Hansraj College, University of Delhi, and is a gold medalist in his master’s degree. In addition to teaching, Arjun has worked at the chief minister’s office, Haryana, and traveled widely across the region to understand the nuances of the state.

Arjun is an alumnus of the Observer Research Foundation (ORF) and ZEIT-Stiftung. He is also a fellow at Konrad-Adenauer-Stiftung. Arjun is also involved with projects like Indic Academy, Rath Foundation and has initiated the Haryana Thinkers Forum. He has presented Haryana’s views on multiple platforms, both in print and digital.

The Nuclear Fallout: Pokhran – A Novel 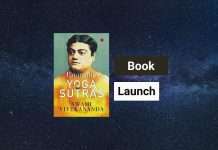 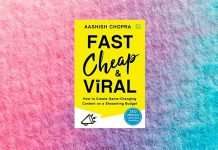