Yoga and Meditation have been practiced in India for ages. Patanjali’s Yoga Sutras will take you through the journey of ancient India’s yogic practices and teach you how to master your mind and your body.

A study manual to learn the practice of Yoga, this book, written almost 4,000 years ago by Patanjali, has been a time-tested classic on the theory and practice of Yoga. Translated by Swami Vivekananda, this edition of Patanjali’s Yoga Sutras includes the Sanskrit text and an in-depth commentary on each sutra.

If you are one who is seeking the spiritual path, then this book, with its timeless wisdom, is perfect for you. The classic sutras cover yogic teachings on topics like ethics, meditation, and physical postures. They provide the reader with directions on how one can deal with situations in their everyday life.

This book, by decoding the sutras or the thought threads, will help in mastering the mind to achieve physical, mental, and emotional harmony.

Patanjali was an ancient Indian guru who lived between the second century BCE and fifth century CE. He was the creator of the Yoga Sutras, a four-volume classification of yogic thinking, and a prominent researcher of the Sankhya philosophy. According to scholars, Patanjali’s Yoga Sutras is a cornerstone of classical Yoga philosophy.

Swami Vivekananda, born Narendranath Datta on 12 January 1863, in erstwhile Calcutta, was a Hindu spiritual leader and reformer in India who strove to reconcile Indian spirituality with western practical advancement, arguing that the two mutually reinforced and complemented each other. Influenced by western esotericism, Vivekananda played a pivotal role in introducing the Indian darsanas or teachings, of Vedanta and Yoga to the western world, and is credited with promoting interfaith harmony and elevating Hinduism to the status of major world religion in the late nineteenth century.

He eventually rose to prominence as the most illustrious disciple of the Hindu mystic, Ramakrishna, demonstrating the inherent unity of all religions. He was a pioneering figure of modern Hindu reform movements in colonial India. 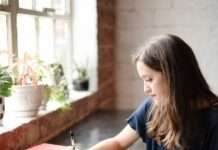 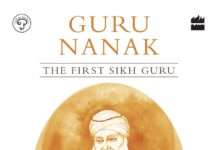