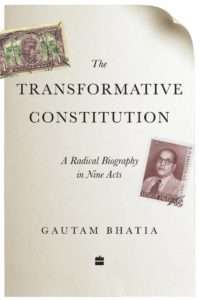 The Constitution of India embodies a moment of profound transformation—one in which the subjects of an alien, colonial regime became the free citizens of a republic. Yet, this is the story of constitutions the world over. The Indian Constitution was, however, transformative a second sense as well: it sought a thorough reconstruction of State and society itself.
The Transformative Constitution is an attempt to understand—and to give primacy to—this original transformative vision of the Constitution. Gautam Bhatia interprets India’s founding document in a way which is faithful to its text, structure, and history, and above all to its overarching commitment to political and social transformation.
He picks out nine cases—and analyses their judgments in detail in the context of seven decades’ worth of jurisprudence—to show how they advance the core principles of equality, fraternity, and liberty enshrined in it. This is a treatise that presents a new way of reading the Constitution as India approaches the seventieth anniversary of its adoption.

Contemporary Relevance of the book:

In September 2018, in the space of a little over three weeks, the Supreme Court handed down four judgments that sent tremors through the country’s legal, political, social, and cultural landscape. Same-sex relations were decriminalized. Adultery was decriminalized. The Sabarimala Temple’s ban on the entry of women between the ages of 10 and 50 was struck down as unconstitutional. And Aadhaar – the government’s national biometric identification programme – was upheld while its use was significantly curtailed. Six months later, the impact of these judgments is still only beginning to be felt, demonstrating once again the importance of the judiciary – as an institution – in India’s public life.
Each of these judgments grappled with fundamental questions about what the Indian Constitution is about. Do the constitutional guarantees of equality and equal protection prohibit the government from discriminating on the basis of sexual orientation? Is the criminalization of adultery based upon outmoded notions of sexual subordination and women’s lack of sexual agency?

How does the Constitution navigate the complex terrain where the beliefs or traditions of religious groups clash with the desires of some of their members to express their faith? And what do the rights to liberty, privacy, and equality have to say about the pervasive adoption of centralized biometric technology in multiple spheres of society? As a marker of just how complex the questions were, two of the four judgments returned split verdicts, with judges penning fierce and eloquent dissents.
September 2018 reminded us of how the Constitution is indispensable to our lives as citizens of the Republic. The objective of The Transformative Constitution is to articulate a roadmap towards understanding what the founding document has to say about these fundamental moral and social questions of the day. By locating the Constitution within a long, historical tradition of Indian thought dealing with issues around rights, the individual, communities, and the State, The Transformative Constitution advances a vision of the document organized around the three words of the Preamble – liberty, equality, and fraternity – and argues that the purpose of our Constitution was not just to protect the individual against State power, but to undertake a thorough reconstruction of both State and society.

Gautam Bhatia graduated from the National Law School of India University in 2011. He read for the BCL and the MPhil at the University of Oxford (on a Rhodes scholarship), and the LLM at Yale Law School. He practiced law for four years in New Delhi, was visiting faculty at various Law Schools, and is presently reading for a D.Phil in Law at the University of Oxford. He has been part of legal teams involved in contemporary constitutional cases, such as the right to privacy case, the Section 377challenge, and the Aadhaar challenge. 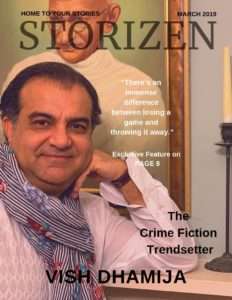 Have Kindle? Get your copy of Storizen Magazine March 2019

Loving It To Living It 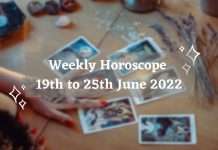 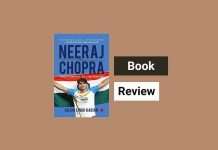