Edgar Allan Poe in one of his 1896 essay on The Philosophy of Composition, stated that “If any literary work is too long to be read at one sitting…” — we lose the benefit of a single reading session — “… for, if two sittings are required, the affairs of the world interfere, and everything like totality is at once destroyed.” I deeply concur to his idea, while reading and while writing. Being a scatterbrain, I’m constantly juggling multiple ideas and when they sometimes hit me at the same time, doing justice to all the ideas is just not possible, unless of course, one dedicates one’s entire life to literature. Growing up on a healthy dose of “A-story-per-meal” from both my grandmothers, short-stories became an integral part of my everyday routine. I grew up reading Ruskin Bond, Hemmingway, O’Henry, Anton Chekov. Manto’s work still intrigues me with his honest representation of gory facts without glorification or judgment. It’s beautiful. But what is more interesting is that each one of them brought their own style to the short-story format. Hemingway was a brutal editor who would prune his prose like a gardener shapes an overgrown hedge. How each one of them has brought distinct characters we would always remember, is surely fascinating. Stories like the Christmas Carol, Ghost have taken generations in their grasp and would perhaps continue to do so.

Even while I was writing my novel, short-story ideas kept on constantly distracting me from the main plot. So, I have no respite unless I tend to those thoughts.

Despite the bulging evidence, the commercial aspect hits the short-story format. There are loads of people, publishers included, who think that the short-story market has no takers and they are quick to quell the idea of a short-story collection by saying there are no readers. However, I feel this is the perfect time for short-stories as readers face waning attention spans and paucity of time. While reading as a habit, is constantly vying for attention sharing a prospective readers time with either a quick-chat, a tick-tock video or an addictive game a short-story is just the thing for them. Now, with the digital format, it’s easy to find a story on the click of a button and a short-story would be a perfect dish to be severed on a short commute or even as an appetizer before a meal. Short-stories became the format of my choice as it allowed me the freedom to dance with several ideas at once and bring together varying thought and themes, experimenting with different writing styles. You could choose between myriad characters and experiment with their setup and psyche – the stage is rather flexible. It is like donning new shoes and walking down a lane where sometimes one could be a beggar sharing his meal with his pet mongrel, and another time a businessman chalking his success on Dalal street with his edgy moves.

Even while I was writing my novel, short-story ideas kept on constantly distracting me from the main plot. So, I have no respite unless I tend to those thoughts. I have written and perhaps will continue to write articles but for me, short-stories is where the excitement lies. Where each-and-every word becomes important, each comma and apostrophe clutch your interest like a hook, drawing you in. There is romance in those terse moments – a rapid racy kind of romance. It was that racy romance which I’m always drawn to and perhaps will always be – God willing.

Have Kindle? Get your copy of Storizen Magazine June 2019 from Amazon 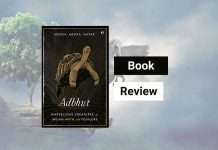 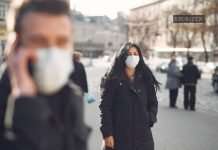 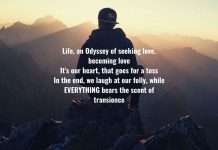 ABOUT US
Empowering Authors, Bloggers, and Writers around the Globe.
FOLLOW US
© Storizen Media | All Rights Reserved