Think first before doing anything… I heard it millions of times in my life and, so have all of you. But did anyone tell you not to go in so much depth that it drowns your rationality to decide? That’s what overthinking does to you. It gets you stuck in the whirlpool of thoughts with no constructive consequences.

So, why do we get stuck in the whirlpool of overthinking?

Mental health science around the world says that people who think too much believe that repeatedly thinking about the same thing implies that they care about that thing and, worrying too much about it will prepare them for the worst outcome. With time such people adopt this as part of their habit. Yes, you heard it right overthinking is a habit that involuntarily becomes an integral part of our thought process.

A habit which we should get rid of… Because it has a cascading effect on your present. Your tendency of overthinking takes you again and again in the past events or excessively focussing on the future. Leaving a hampering impact on your mental health.

Overthinking is exhausting as thoughts run circles around your mind repeatedly and you are stuck in the same whirlpool that either fades off or prolongs the choices & commitments of your life both professionally & personally.

So, how do we get stuck in this habit? The answer lies with you. How confidently and capably you’ve trained yourself to handle the stress and worries in life. Stress is a part & package of everyone’s life and we cannot avoid it. But we can certainly control it and that’s what an intelligent thinker does.

Whereas the Over-thinkers pile up indecision within them and every indecision spin of a thread of multiple worries. A mind-stuff with worries does not leave any space for even simple decision-making. This indecisiveness further hampers your self-confidence and starts snowballing your self-esteem.

A man is but a product of his thoughts. What he thinks so he becomes.

Let’s relate it with an example. The excitement of preparing for the job interview of an overthinker get fogs out in panic “will they like me”. “what if I do something stupid”, “what if I make the same mistake I did in the last one”, “Oh I’m surely not getting the offer” and the anxiety continues, leaving him exhausted with stress.

An intelligent thinker keeps his anxiety in control with a single line of clarity “I will face interview with best of my understanding.”.

As rightly said sometimes your mind can be the worst place to live created by thinking too much. Here is a zen short story that relates to it.

Once two monks were Walking by the river. They saw a young beautiful woman who wanted to cross the river. But was hesitant & scared to do. Seeing her plight one of the monks offered her help. He carried her in his arms across the river. The woman thanked the monk and went away. Another fellow monk was very displeased by his friend’s act.

At night, when they were having dinner, He said, “monks are not supposed to embrace a girl. You’re such a disgrace”. He was fuming with anger.

The monk smiled and said, I’ve forgotten all about the girl the moment I dropped her across the river. But you, my friend, have been holding her in your mind all the way and still thinking and worrying about it. You burnt yourself in anger and anxiety and became judgemental that hampered your positive thought mechanism.

So, in the entire process of thinking too much, it’s YOU who got affected the most and no one else. Everyone moved on but you, my friend are stuck at the river bank only.

This story is a tale of all those who think too much and ends up hurting themselves. So, it’s better to get rid of such a habit that makes you feel stuck.

Sharing a few ways which I personally implemented to get rid of this habit of overthinking. It took me a few years but it worked.

The main mantra is to learn to let go of the things done in past and not worry too much about the future. Get engaged in the activities that are under your control rather than burning yourself for things beyond your control.

Remember, rationality is a journey covered on the path of experiences full of mistakes and achievements. With every decision, you increase the sphere of control about all aspects of your life. Trust me there is nothing more satisfying than living with your decisions.

Another pointer to work on is yourself that is your sole companion throughout life. Treat yourself with utmost love and compassion. Spread your wings to try new things in life as it builds up your resilience and helps in uplifting your self-esteem.

Be mindful by managing your stress & anxiety through exercise, meditations, and indulging in activities that make you happy.

As wisely said by Mahatma Gandhi – A man is but a product of his thoughts. What he thinks so he becomes. Now it’s up to you to live a joyous life as a rational thinker or mess up being an Overthinker. 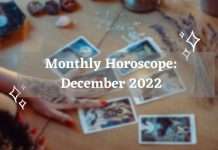 Book Review: Until You Come Home by Mridula Bajpai 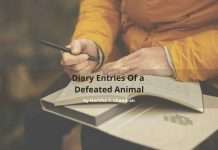 My Faith and You