My 28-year-old niece has no immediate plans to get married, as she feels that marriage is the culmination of too many responsibilities and commitments, especially for a woman. She is reluctant but not against the idea of getting married, as she apprises me of her apprehensions. “The day I get married, I will be either continuously coerced into having a child or following never-ending customs & duties for which I’m not yet ready. “My focus is on my career and to attain some financial stability, which I can pursue hassle-free by remaining either single or in living-in ‘’.

We must have heard this changing mindset on marriage – too much responsibility, compromises, obstacles in freedom and career from every 8 out of 10 of the millenniums around us. So, why is it that today’s urban youth is feeling so and shying away from this Indian traditional norm that has been an integral part of our culture for centuries?

Is it because this generation is more pragmatic and less committed, and the relevance of permanence is missing from them? Or is it our social system that is mainly responsible for it? Well, I feel it is a coalescence of both, says Vidhya Ramani, the yoga & holistic therapist at Yoga Bharati, who deals with people of all ages.

The changing mindset of GEN Z and their dilemmas:

The Urban woman of today is not confined to four walls and need not get married for social and economic reasons as it was earlier decades ago. She can take care of her own economic and social situations. But the traditional expectations from a woman have not witnessed many changes.

She is accepted, as one of the bread earners, but with a conditional tag of when it comes to taking care of the house, family, and children, the primary responsibility lies with her. She is still expected to take a back seat in her dreams and career for carrying out her role as a mother, wife, and daughter-in-law.

As per the Millennial surveys done in the past few years (2017-2021). The majority of urban women in the age bracket of 18-30 years, almost 75% hold a similar opinion. There is no denying that today Men, especially those living in urban is actively catching up in helping their partners. But such a percentage is still minuscule.

Our generation is neither selfish nor detached from their families or reluctant to make a few adjustments or compromises, says Sachin Varshney, a 25-year-old software engineer. My generation simply expects a personal ‘space and time’ to pursue our dreams, which decelerate with the heaps of expectations attached to marriage. He further added that Uttarakhand retired couple recently suing their only son for not giving them a grandchild is a classic case of personal intrusion by many Indian parents.

Isn’t it justified to know a person first rather than marrying a stranger and later falling into the complexities of ending the marriage if things go wrong? questioned many millenniums.

The urban generation Z is not drifting away from this institution. But they are reluctant to a traditional arrange one. They either want to opt for a love marriage or longer courtship or to have a cohabitating relationship to know their future spouses and test their compatibility.

The recent increase in divorce, legal complexities in getting it, and societal taboo attached to failed marriages are a few more reasons pulling down the curtains of this traditional norm in the minds of the youth.

The other reasons are the financial burden of arranging expensive weddings and social obligations.

Society needs to loosen up its strings of expectations –

Being a mother of two grown-ups (18 and 22 yrs.) concept of cohabitating or uncommitted relationships is a little hard for me to digest. Marriage has its measurable benefits which, as an older generation I am reaping in terms of stability, security, and committed partner.

But at the same time, I cannot set a blind eye to the changing times and mindset of this new generation. Today’s youth is poised to transform the relationship and marital world. They aren’t opposed to marriage, but the traditional notion of arranged marriages and the expectations and strings attached (especially for girls) does not appeal to them anymore.

As a community, we’ve to make efforts to get rid of these strings of financial burden, heaps of expectation from a daughter-in-law, and too much parental interference in the young couple’s life.

At the same time, youth needs to understand that commitment is the key to long-lasting companionship –

As rightly stated by Sadhguru– “If you are just living with one person, it is anyway a marriage, whether you have a certificate or not. But if you think you can choose your partners every weekend, you are causing serious damage to yourself”.

Today’s youth need to understand that whatever they choose-marriage or any other option of relationship none to be treated frivolously. Both require commitment, adjustments, and diligence. Moreover, the culmination of companionship generally leads to having children, who need a stable and secure foundation of a long-term committed relationship.

Getting married is purely a personal choice. Some couples want to test the water before taking the plunge, some want to dive in directly while others simply don’t want to. It’s all about choices, and our older social peers should start adapting to this new change of mindset of generation Z.

At the same time, youth needs to understand that a long-term institution like marriage is a bond of emotive stability that helps two people to walk all challenges of life together.

The charismatic charm of Indian marriage amongst the millenniums though a little jaded still outshines other options of companionship and will continue to do so. However, what is needed is a few adjustments from society to balance it with changing times. Book Review: Vote For Pant But, Don’t by Sorabh Pant 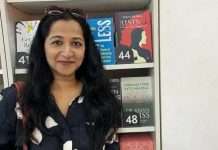 How to prevent sleep disorders for a refreshed new you