When you are accustomed to a busy city lifestyle, where conversations with strangers are seldom and conversations with friends are usually planned, stories from strangers when on a holiday in the Mountains come as a welcome surprise. One of the best, and humbling, experiences of travel is that you share stories with people you most definitely will never meet again. These conversations, that break geographical boundaries and go past social strata, are neither patronizing nor judgmental.

The driver – Jayanta, and an Innova waited for us at Bagdogra airport, as a result of three girls meticulously planning the week-long holiday. Our very cautious mind had just one apprehension if we should trust this driver, and his driving skills, to wade us through the terrain for the next one week. Five hours and a little bit of local sightseeing later, we arrived in Kalimpong, elated to have reached our first destination. It probably is the mountain air that helps clear the mind and not second guess a stranger’s niceness but all our earlier qualms were put to rest.

Jayanta, a driver by profession, trained snake catcher as a passion and a Buddhist at heart, regaled us city girls with his stories of witnessing the shooting of a BBC documentary on tuskers and another documentary on the Ganges. Each family member at the Homestay, Daragaon Retreat, in Darap Village, did their part in making us feel at home. A family of three, the gentleman, Siva, drove us around in his Maruti car, showing us unexplored local sights. The daughter would bring us our tea, in little porcelain cups with a lid, in the early morning cold; tea that we would sip sitting in the balcony, taking in the majestic Himalayas in the distance.

The lady of the house ensured we ate, and ate some more, local food for our three meals and steaming hot bowls of Maggie in frosty evenings. Our meals were usually accompanied by tales of their folklore, politics, education system, and economy. Marriage is an integral part of every customer with unique practices followed. Their community in Sikkim has an interesting manner of choosing a bride and groom.

Conventionally, at a wedding ceremony in the village, a circle is formed with eligible boys and girls standing alternatively. Amid music and dance and under the watchful eye of the elders, if cupid strikes, the boy asks the girl if she is interested. If the feeling is mutual, families are approached. That was how Siva found his bride. She couldn’t help smiling ear to ear when her husband narrated their story. When it was time to head back, all three stood waving behind our departing car, like one would when a family member is leaving. The Indian Army stands guard at the India – China border in Sikkim at Nathu La. Nathu La, a sensitive tourist spot, needs to be evacuated either before 2:00 pm or before the fog affects visibility. The Tri-colour fluttered against the Himalayas and it was difficult to say if we had goosebumps because of the howling wind or the sombre atmosphere of the memorial for Indian soldiers who fought the India – China war. The fog ascended quickly and the army personnel had to ask us to leave immediately. The Uniform comes with a sense of authority and aggression under which is a polite and patient human, asking civilians to vacate the border areas instantly else they would have to accommodate tourists in their bunkers.

Heaters in rooms and cars fall short of the warmth people in the Mountains carry in their hearts.

The story first appeared in July 2018 issue of the Storizen Magazine. You can read it here.

5 Most Effective Ways to Lose Weight

HarperCollins is proud to announce Kamdev Singh The Original Godfather of...

Book Review: Smile – It Costs Nothing by Prateek Singh 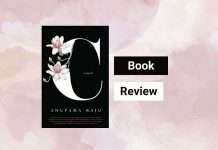 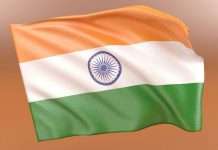