New Delhi, 27 April 2022: HarperCollins India is proud to announce the release of The Living Mountain by Amitav Ghosh. A book of our times, for our times, that will resonate strongly with readers of all ages.

A new story from internationally renowned author Amitav Ghosh, The Living Mountain is a cautionary tale of how we have systematically exploited nature, leading to an environmental collapse.

Recounted as a dream, this is a fable about Mahaparbat, the Living Mountain; the indigenous valley dwellers who live and prosper in its shelter; the assault on the mountain for commercial benefit by the Anthropoi, humans whose sole aim is to reap the bounty of nature; and the disaster that unfolds as a result.

The Living Mountain is especially relevant today when we have been battling a pandemic and are facing a climate catastrophe: both of which are products of our insufficient understanding of mankind’s relationship with nature, and our sustained appropriation and abuse of natural resources. This is a book of our times, for our times, and it will resonate strongly with readers of all ages.

Amitav Ghosh says: ‘A while ago I was asked to contribute to a volume of essays on climate change and the Anthropocene, by many of the world’s leading authorities on those subjects. All I could come up with was a short story, and to my surprise, the experts were very pleased with it, perhaps because it is about an aspect of our ongoing planetary crisis that is rarely addressed. I am delighted that HarperCollins India is publishing this story, The Living Mountain, as a standalone book, e-book, and audiobook. I am delighted also that it is being released simultaneously in a Hindi translation.’

Udayan Mitra, Executive Publisher, says: ‘Amitav Ghosh’s new book The Living Mountain (Mahaparbat in the Hindi edition) is a modern fable, a cautionary tale, an unforgettable account of how humans try to utilize natural resources without understanding nature at all. In the short span of a few thousand words, Amitav has beautifully captured the deadly combination of ignorance, aspiration, greed, and display of false power that has led to so much of the environmental crisis that we see around us; Devangana Dash’s wonderful illustrations make for a very interesting interplay between words and images. The Living Mountain (Mahaparbat) is a story of our times, for our times. We are delighted to be publishing this very special book under our prestigious Fourth Estate imprint, and in multiple editions: in English, in Hindi, as an e-book, and as an audiobook. I can’t wait for The Living Mountain (Mahaparbat) to reach the hands of readers!’

Publishing under the prestigious Fourth Estate imprint and in Hindi simultaneously as a print, ebook, and audiobook on 12th May 2022.

Amitav Ghosh was born in Calcutta in 1956, and grew up in India, Bangladesh, and Sri Lanka; he studied in Delhi, Oxford and Alexandria. He is the author of several acclaimed works of fiction and non-fiction including The Shadow Lines, The Glass Palace, The Hungry Tide, the Ibis Trilogy, Gun Island, The Great Derangement, The Nutmeg’s Curse, and Jungle Nama.

Amitav Ghosh’s work has been translated into more than thirty languages. His essays have appeared in the New Yorker, the New Republic, and the New York Times. He has been awarded and honored across the world for his work. In 2019 Foreign Policy magazine named him one of the most important global thinkers of the past decade. The same year, the Jnanpith Award, India’s highest literary honor, was conferred on him: he was the first English-language writer to receive it.

HarperCollins India publishes some of the finest writers from the Indian Subcontinent and around the world, publishing approximately 200 new books every year, with a print and digital catalog of more than 2,000 titles across 10 imprints. Its authors have won almost every major literary award including the Man Booker Prize, JCB Prize, DSC Prize, New India Foundation Award, Atta Galatta Prize, Shakti Bhatt Prize, Gourmand Cookbook Award, Publishing Next Award, Tata Literature Live! Award, Gaja Capital Business Book Prize, BICW Award, Sushila Devi Award, Sahitya Akademi Award, and Crossword Book Award. HarperCollins India also represents some of the finest publishers in the world including Harvard University Press, Gallup Press, Oneworld, Bonnier Zaffre, Usborne, Dover, and Lonely Planet. HarperCollins India is now the recipient of five Publisher of the Year Awards – in 2021 and 2015 at the Publishing Next Industry Awards, and in 2021, 2018, and 2016 at Tata Literature Live. HarperCollins India is a subsidiary of HarperCollins Publishers.

Book Review: The Nation and Its Citizens by Sukumar Muralidharan 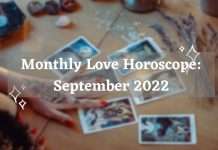 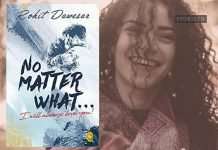 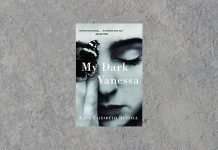