New Delhi, 12 May 2022: HarperCollins is proud to announce Kamdev Singh The Original Godfather of Indian Politics by Santosh Singh. Do you know – When did the criminalization of politics begin in India? How did booth capturing become a way of influencing elections? Who is the man, virtually unknown today, responsible for setting up the infamous criminal-politician nexus?

This book tells the compelling story of Kamdev Singh (1930-80), the original godfather of Indian politics who went from being a semi-literate cowherd in Bihar’s Begusarai to hobnobbing with Delhi’s political elite. Starting out by selling coal, he graduated to smuggling ganja, and soon his operations stretched all along the Indo-Nepali border and in all major Indian cities.

By the 1960s, Kamdev had become a wheeler-dealer in the corridors of power. For decades, his writ ran politics in Bihar and beyond. Political parties used their muscle power to take on rivals and alter the course of elections. This culture of criminalization of politics that began with Kamdev Singh continued long after his violent death in a police operation in 1980.

Santosh Singh says: ‘This book is important because it talks about the introduction of muscle power in Indian politics. In parallel, it examines how the ruling dispensation of the time used a gangster, Kamdev Singh, to neutralize its opponents, triggering a deadly chain of political violence in Bihar and beyond. However, this is not just a story of ballots and bullets, but provides a valuable perspective on what ails the Indian electoral system’.

Swati Chopra, Executive Editor, HarperCollins Publishers says: ‘In profiling Kamdev Singh, Santosh Singh explores the roots of what grew into the scourge of criminalization in Indian politics. The book takes us back to a time when the electoral battle literally had become one, where violence was used to silence political foes, and when election booths were ‘captured’ to win elections rendering the actual votes meaningless. While the introduction of EVMs might have ended the era of booth capturing, that of criminal elements attempting to influence electoral outcomes is perhaps far from over. This book, therefore, provides invaluable insights to anyone attempting to understand the workings of Indian democracy.’

Preorder your copy of the book now from – Amazon

Santosh Singh is the Patna-based assistant editor of The Indian Express. He has also worked with The Asian Age and The Statesman in New Delhi and Bhopal, and The Telegraph in Patna. He is the author of JP to BJP: Bihar After Lalu and Nitish (2021) and Ruled or Misruled: The Story and Destiny of Bihar (2015). He has won the KC Kulish International Award for Excellence in Print Journalism (2009), the Statesman Rural Reporting Award (first prize, 2010), Express Excellence Award (2012), the Press Council of India Award for Development Journalism (2013), the RedInk Awards (2018, 2019) and the Indian Express award for excellence in investigative journalism (2021).

HarperCollins India publishes some of the finest writers from the Indian Subcontinent and around the world, publishing approximately 200 new books every year, with a print and digital catalog of more than 2,000 titles across 10 imprints. Its authors have won almost every major literary award including the Man Booker Prize, JCB Prize, DSC Prize, New India Foundation Award, Atta Galatta Prize, Shakti Bhatt Prize, Gourmand Cookbook Award, Publishing Next Award, Tata Literature Live! Award, Gaja Capital Business Book Prize, BICW Award, Sushila Devi Award, Sahitya Akademi Award, and Crossword Book Award. HarperCollins India also represents some of the finest publishers in the world including Harvard University Press, Gallup Press, Oneworld, Bonnier Zaffre, Usborne, Dover, and Lonely Planet. HarperCollins India is now the recipient of five Publisher of the Year Awards – in 2021 and 2015 at the Publishing Next Industry Awards, and in 2021, 2018, and 2016 at Tata Literature Live. HarperCollins India is a subsidiary of HarperCollins Publishers. 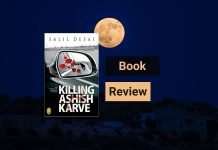 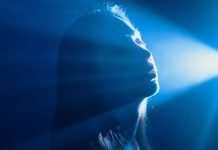 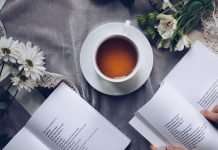 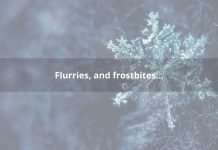