Maggie O’Farrell, the Northern Ireland born author won the Women’s Prize for the fiction Hamnet on Wednesday. She said that she had long been fascinated by Hamnet Shakespeare, who died aged 11 in 1596.

Hamnet beat the Hilary Mantel’s Tudor saga The Mirror and the Light and Bernardine Evaristo’s Booker Prize winner Girl, Woman, Other to the 30,000-pound ($39,000) award which were also among the finalists.

“You only have to read the first act of Hamlet to realize that it is all about this deep undertow of grief,” O’Farrell said.

Hamnet is a story of the bond between twins, and of marriage pushed to the brink by grief. This O’Farrell’s eighth novel.

Founded in 1996, the Women’s Prize is open to female English-language writers from around the world.

Maggie O’Farrell is the 25th recipient of the prize. It was first presented in 1996 as the Orange Prize for Fiction. Previous winners include Eimear McBride, Zadie Smith, Ali Smith, and Andrea Levy, reported by the BBC. The year 2020 marks the 25th anniversary of the Women’s Prize for Fiction.

Subscribe to Storizen to receive your copy of Storizen Magazine as soon as it’s released and be the first one to know about the latest book news, author interviews, book reviews, and much more! 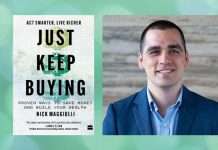 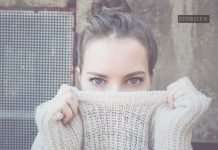 HarperCollins is proud to announce Kamdev Singh The Original Godfather of...