Politician and former actor Smriti Zubin Irani launched her debut novel, Lal Salaam, an action-packed thriller, at an evening hosted by the iconic Jaipur Literature Festival. The book was unveiled in the capital by Vir Sanghvi and S. Prasannarajan, Editor, Open Magazine, amidst a large number of book-lovers. Inspired by the tragic killings of 76 CRPF personnel in Dantewada in April 2010, the book is a tribute to the exceptional men and women who have given a lifetime of service to the country, especially in confronting the challenges in the red corridor. Published by Westland Publications (an Amazon company), the book is now available on stores and online e-tailing platforms.

Expressing her views about the book, Smriti Zubin Irani said, “I write not to bore. For me, it was essential not to have a moment in the book where the readers felt the need to put down the book. I need to ensure that I capture the attention and imagination of my readers. I want them to enjoy and feel every emotion in the book. Before even writing the book, I had the entire plot in my mind and that didn’t change even once when I started to finally write. I finished the novel in eight months.”

Lal Salaam is the story of a young officer, Vikram Pratap Singh, and the challenges an idealistic law-enforcer faces when the system is steeped in backroom politics and corruption. It is the gripping tale of a struggle against overwhelming odds, and of men and women who fight these odds with courage, ingenuity, and resilience.

The upcoming 15th edition of Jaipur Literature Festival, a haven for literature-lovers and festival-goers, will run on-ground from 28th January to 1st February 2022 and virtual sessions will go live from 28th January to 6th February with an extended online experience. The evening, celebrating the book Lal Salaam, was a precursor to the upcoming Festival that will combine the optimism and the sheer joy that only books can bring – and deliver a unique experience both online & on-ground.

The manner of his arrival in the dusty little village of Ambuja, in Chhattisgarh, instantly establishes SP Vikram Singh as a man to watch out for. Over the next few weeks, as he attempts to bring order to a long-neglected police station and motivate his less-than-enthusiastic crew, Vikram can feel those eyes everywhere, following his every move, watching and waiting for the first misstep. At stake for him is the truth behind the vengeful killing of his old friend and fellow officer, Darshan—and the very idea of justice.

Vikram knows he cannot rest until he solves the case, but every day there is a new challenge: a local businessman with vested interests in both bureaucracy and Naxalism, an influential academic in Delhi at whose doorstep the trail runs cold, a young widow and her journalist friend, who quickly take center stage in his vexed new life Inspired by the unfortunate killings of seventy-six CRPF personnel in Dantewada in April 2010, Lal Salaam seeks to humanize the daily conflicts and ethical dilemmas that confront people in the poorest and most troubled regions of our country. It is also a story of the brave men who serve the law even when the law fails to serve them.

“I write not to bore. For me, it was essential not to have a moment in the book where the readers felt the need to put down the book. I need to ensure that I capture the attention and imagination of my readers. I want them to enjoy and feel every emotion in the book. Before even writing the book, I had the entire plot in my mind and that didn’t change even once when I started to finally write. I finished the novel in eight months.”

Described as the ‘greatest literary show on Earth’, the Jaipur Literature Festival is a sumptuous feast of ideas.

The past decade has seen it transform into a global literary phenomenon having hosted over 2,000 speakers and welcoming over a million book lovers from across India and the globe.

Every year, the Festival brings together a diverse mix of the world’s greatest writers, thinkers, humanitarians, politicians, business leaders, and entertainers on one stage to champion the freedom to express and engage in thoughtful debate and dialogue.

Writers and Festival Directors Namita Gokhale and William Dalrymple, alongside producer Teamwork Arts, invite speakers to take part in the five-day program set against the backdrop of Rajasthan’s stunning cultural heritage and the Diggi Palace in the state capital Jaipur.

The Jaipur Literature Festival is a flagship event of Teamwork Arts, which produces it along with over 25 highly acclaimed performing arts, visual arts, and literary festivals across more than 40 cities globally.

For over 30 years, Teamwork Arts have taken India to the world and brought the world to India, presenting the finest of Indian performers, writers, and visual artists in the cultural and art space in India and abroad.

Every year, it produces over 25 performings, visual arts, and literary festivals in several countries including Australia, Egypt, France, Germany, Hong Kong, Italy, Singapore, South Africa, Spain, the UK, and the USA, as well as many eclectic festivals across India. It produces the world’s largest literary gathering: the annual Jaipur Literature Festival; JLF international now travels to the US, UK, Canada, Qatar, and Australia.

Even amidst the upheaval and unsettling times of 2020, Teamwork Arts successfully launched the digital series, JLF Brave New World and WORDS ARE BRIDGES, which were viewed by over 4.8 million people in their first season. Through its digital avatar, the Jaipur Literature Festival reached over 19 million viewers in January 2021 and brought together the world’s leading commentators and writers. The musical extravaganza, Bollywood Love Story – A Musical, continues to tour the world with sold-out shows everywhere it is held.

Founded in 1962, Westland is one of India’s largest English-language trade publishers, bringing out print books and e-books in genres ranging from popular and literary fiction to business, politics, biography, spirituality, popular science, health, and self-help. Its key publishing imprints include Context, which publishes award-winning literary fiction and non-fiction, Eka, which publishes the best of contemporary writing in Indian languages and in translation, Tranquebar, home to the best new fiction from the Indian subcontinent, the eponymous Westland Sport and Westland Business, Westland Non-Fiction, and ‘Red Panda’, which publishes a range of books for children of different ages.

Get Lost in the Adventures of Oop and Lila by Olivier... 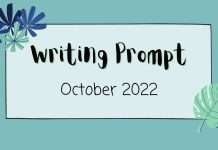 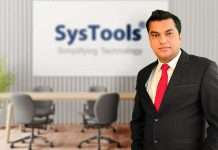 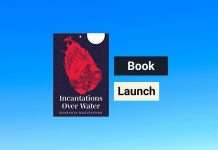