Suspense is a genre that is gaining a lot of popularity. People love reading suspense. The Goosebumps, racy heart, being curious all the time, writing the perfect suspense story that is a page-turner is an art.

Suspense is about leaving your readers breathless, stressed, intrigued, wondering what’s and why’s happening and what’s going to happen next?

First of all, before you start writing your suspense story, it is important to know what is suspense. There is a lot of confusion among people and they mix it with Thriller and Mystery. We will try to explain the difference between them in the best possible way.

The difference between suspense and mystery is about focus. In a mystery, the main focus of the story is on the crime. The crime usually happens early in the story. Also, the story is centered around the hero’s pursuit of the villain.

In suspense, on the other hand, the villain is in pursuit of the hero. The hero is to figure out who wants them out of the way and why. Then he has to figure out the means of stopping it.

In a mystery, the event has already happened. In suspense, the event(s) is about to happen. The reader is left with anticipation as the reader tries to discover what and why.

There is a difference between suspense and thriller in terms of pacing and scope. The stories involving thrillers are usually fast-paced with a little letup from tension. Suspense novels, on the other hand, can follow any pace.

Another difference between suspense and thriller is awareness. In thrillers, the hero often knows the villain, whereas, in the suspense, the hero has to discover who the villain is and figure out why is he behind him.

When it comes to scope, the thriller is driven by a large scale threat involving the fate of the world as we know it. Suspense on the other hand is driven by endangering on the individual level – the hero. It is more intimate. The scope of suspense can be bigger than an individual but unmatchable to that of a thriller.

Now as we have discussed the differences between Suspense, Thriller and Mystery, now we will share the essential elements of writing the perfect suspense story or novel.

Also Read – Our Failures are What Connect Us: They Reveal Our Truest Selves – Elizabeth Day

Setting up the mood

Whatever the story is, the mood needs to be set. Suspense stories are based on a dark moody ambiance. If you are writing a story other than suspense, then you must set up an environment of tension, right upfront.

Suspense is built by creating an atmosphere slowly. Readers need to get acquainted with the characters, especially the hero before you let fly with the plot points.

Using time to an advantage

The suspense can be build using time. Make the time work against the hero or the protagonist and work in favor of the bad guy or the antagonist.

Every minute you shortchange the protagonist is another kick the reader gets while reading the story.

As we discussed in the differences between suspense and thriller, this doesn’t have to be saving the world from annihilation. The point here is to make sure that the event of a crisis is devastating to the protagonist’s world and the hero must be willing to prevent it from happening at any cost.

Here’s another differentiating point when it comes to comparing suspense and mystery. The reader knows a lot, almost everything, and even more than the protagonist himself. This alignment of the reader with you using know it all, the reader can get engaged in the story, guiding the protagonist, “No, don’t open that door!”

Dilemma does the trick

An example might include taking a tough decision to do something the protagonist has never done before, like murdering someone.

The antagonist will usually cross the line without giving it a second thought. On the other hand, the protagonist is presented with the challenge of protecting his morals or promises. The dilemma needs time to be solved and during this time, tension is building.

As life is unpredictable, can give you a surprise at any time, make the lives of the characters, including the antagonist’s life, unpredictable one.

Make the protagonist the winner sometimes, while antagonist the other times. Make nothing smooth sailing for the characters. this makes the story relatable to the reader and they tend to engage with it.

Both the main characters, antagonist, and the protagonist have to be quick-witted as the story progresses and reaches the climax.

Pile up the problems for the protagonist. Don’t let the hero take a sigh of relief. The moment is on the verge of solving one issue, give him another. The hero has to be stretched wafer-thin.

The protagonist needs to keep solving the problems thrown at him by the antagonist, It’s a necessity to keep the ball rolling in a suspense novel.

The protagonist should be preventing everything from crashing. The pressure needs to be such that it stretches out all the skills and strength to the breaking point in order to save the day.

Whatever the case may be, the reader should be left feeling helpless in the story!

The characters in your story, like the plot should be given ample time during the buildup process. As the hero is facing the challenges, the reader must feel as if they are riding along with the protagonist. The reader also has to feel threatened.

Using the above tips, you would be able to write the perfect suspense novel. What is your take on this? Did we miss anything? Do let us know how you write your suspense story. 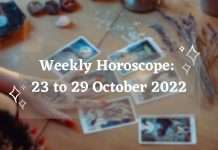 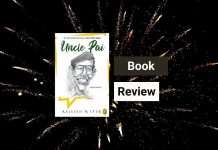 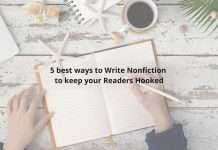